Stop paying lip service to youth. It is time to start using their voices, views and actions to reshape South Africa. 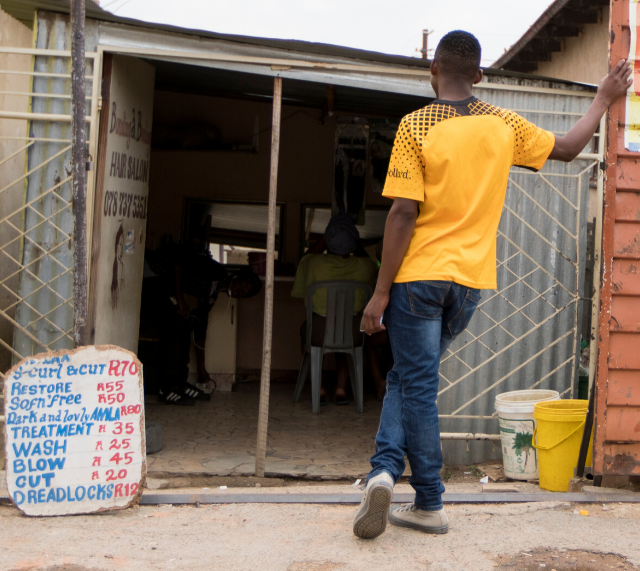 With youth unemployment sitting at 56.4%, urgent interventions are needed to address the crisis. One thing missing from the current discussions are youth voices. Youth Capital has combined extensive research on youth unemployment into three integrated areas of action: Education, Transitions and Jobs. These provide the foundation of an action-oriented national agenda that can be used by decision-makers, stakeholders, the private sector and young people themselves to put forward innovative solutions.

Last week we came across a tweet that summed up the despondence of a generation. It read: “I once attended a youth dialogue with government officials. We listened to speeches by old people for 2.5 hours. Then they took three comments from attendees totalling 5 minutes of the entire event. They probably marked it somewhere official saying they ‘had engaged’ with the youth”.

With 20 million young people in South Africa, we have the energy and talent to transform our country. And yet, you could fill up the FNB stadium 80 times with the number of youth neither in education, employment nor training. The youth unemployment rate for the last quarter of 2019 was at 58,1% –  a dire illustration of the potential being wasted[1].

At the National Youth Development Agency Dialogue ahead of SONA 2020, President Ramaphosa confirmed that youth unemployment is a serious political and financial crisis. While we look forward to the President unveiling the inner workings of the Presidential Youth Intervention Plan, we need to recognise that this issue affects and currently defines a generation of young people. One would expect that youth would be actively engaged in conversations on ways to tackle unemployment; however, rather than being at the centre of discussions, young people are far too often on the periphery; sometimes their insights are dismissed altogether. As one young person stated in the Twitter thread: “In these official spaces, it’s hard to be heard, even when being assertive. We’re labelled as disrespectful and not knowing our place. I have experienced this both at community and state level. Sometimes the culture of ‘respecting your elders’ is used as a means to silence us.”

This chasm between decision-makers and young people is one of the reasons our initiative exists. Youth Capital is a long-term campaign that amplifies the voices and ideas of young people, and frames key priorities within conversations around youth unemployment, with the aim of ensuring that every young person has the skills and opportunities to get their first decent job.

When the campaign launched in 2018, we spent months travelling around five different provinces – the Eastern Cape, Free State, Gauteng, KwaZulu-Natal and Western Cape – speaking with almost 400 young people to hear their views and experiences of unemployment. Despite the diversity across these provinces, several key challenges were echoed again and again: a lack of access to education and employment opportunities; a lack of social capital and networks to connect them to resources; and a lack of opportunities, with the burden of the high cost of job-seeking – including data and transport costs – at once underlying and exacerbating each of these challenges.

Why put young people at the centre?

National crises can only be tackled when there is a cohesive agenda that everybody can support with big or small actions. Unlike other pressing challenges, youth unemployment lacks such a plan of action, one that represents all stakeholders involved. Discussions on youth unemployment so far haven’t been inclusive, and the path to change has been unclear.

In addition to providing young people with a platform and tools to amplify their voices,

For example, when we look at Education, both basic and tertiary, we need to ensure that young people are given financial, social and emotional support both throughout their journey in school and if they have fallen behind or dropped out. Critically, data tracking needs to be improved so that learners who are struggling can be identified early on so that they can be supported before they start to disengage. Lastly, because employers use qualifications as a measure of skill, every person who completes a qualification needs to have a certificate to show for it. Even though withholding certificates it’s against the law, there have been many reports of schools, colleges and universities withholding certificates from students with outstanding fees or documents.[2][3]

The Transition between education and employment – when young people find themselves in the “in-between” – is a particularly vulnerable time for youth. By decreasing the cost of job-seeking and helping young people to establish important connections with other young people across South Africa and with the world of work, we can support youth to develop their social capital. Lastly, we need to work with both employees and employers to ensure that while job seekers understand their values, employers have the ability to value jobseekers beyond educational qualifications. Recent research by Harambe shows the impact of providing an unemployed young person with information about their full skillset: not just their educational qualifications, but also their soft skills, strengths, and learning potential. When job seekers are given a summary report to share with potential employers, their chances of finding work improve by up to 17% and their earning potential increases by up to 32%[4].

Jobs form the last piece of the youth unemployment puzzle: we need to make sure that all work experience, both in the formal and informal sector, is valued; that barriers for first-time job seekers are removed by making SETA and Employment Tax Incentive funds available, and that work in public employment schemes becomes a stepping stone towards a career.

“Officials use the youth as a means to an end – a quorum, otherwise we don’t really matter”, read another tweet in the abovementioned Twitter thread. To tackle youth unemployment, we need to meaningfully come together around a concrete agenda to agree on common goals (besides the figure of 2 million jobs in 10 years) and directions, starting by seeing young people in urban and rural areas as part of the solution, not the problem. The President echoed this during the NYDA Youth Engagement prior to SONA 2020 when he said: “Nothing about us, without us.” Let’s translate these words into action, together.

This op-ed was first published on 16 February 2020 in The Citizen. View it here.
Youth Capital is a project of the DG Murray Trust. Read more about the Youth Capital here.
Kristal Duncan-Williams is the Project Lead, and Clotilde Angelucci is the Communications Specialist for Youth Capital. (www.youthcapital.co.za)

[2] Brener, S. You have a right to your Matric results and certificates – that’s the law. https://www.dailymaverick.co.za/article/2020-01-12-you-have-a-right-to-your-matric-results-and-certificate-thats-the-law/

[4] Harambee. 2019. It’s all about employability. Available at: https://harambee.co.za/its-all-about-employability/