This article by DGMT CEO, David Harrison, was first published in the City Press on the 19th of October 2014. 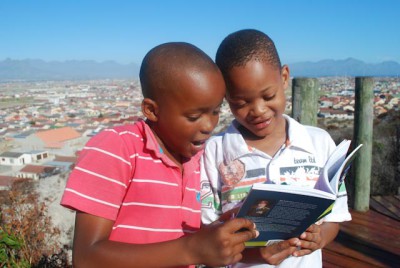 What you do when you’ve stared at the same problem for years and still can’t figure out how to solve it?  You frame it differently. See it through someone else’s eyes. So the next time we hold a big education summit in South Africa, don’t invite educationists, but civil engineers.

They might picture the education system as a high-rise building, but wouldn’t spend their time agonising over the cracks and weaknesses of the 12th floor. And they’re unlikely to suggest that we pour more money into refurbishing the floors above that until the foundations are strengthened.

The engineers would also argue that there can be no compromise on the strength of the cement that should hold the whole structure together, enabling each level of the skyscraper to be built upon the one below it.

Now let’s call in the neurocognitive scientists to explain the foundations of education and identify the cement that holds it together. They would point to the last trimester of pregnancy and first three months of life, when brain growth is fastest as cognitive circuits are laid down. This circuitry is the intellectual fibre-optics of a knowledge economy. For vision and hearing, the rate of new connections peaks at three months of age. For language, it’s at eight months of age, while the networks for thinking and reasoning develop fastest at one year. Over the next few years, the brain is shaped further as children learn through play and interaction. By the time they reach Grade R, their life-long educational prospects can be predicted. The foundations are set – almost in concrete.

The ability to think and reason is cemented by language development. We tend to think of maths as numbers and forms, distinct from language. But in fact, mathematics is a language of symbols that taps into the same neural pathways that enable us to talk and read. Language is the cement that allows us to build upon prior learning.  If language is weak, so too is the ability to learn – which may explain why, in the Grade 9 annual assessments last year, the average score was 43% for home language and 14% for mathematics.

Now that we understand the foundations and substance of education, it’s time to bring in the quantity surveyors and accountants. Three quarters of children in South Africa never experience quality learning before they go to school, and public spending on preschool education is only 1% of the basic education budget.  Yet, we would recoup more than ten times our investment in early education, according to a review published in The Lancet in 2011.  Compare that to our current funding of the National Students’ Financial Assistance Scheme (NSFAS), where – with dropout rates of close to 75% – we get back R1 for every R4 we spend.

National promotion of early language development is even more pitiful.  It shows in the fact that only 5% of parents read to their children, according to the South African Book Development Council.  Reading should start in the home, not at school – and even if parents cannot read, they can tell their children stories that grow imagination and curiosity. Even money-poor homes can be language-rich. We need a concerted national campaign of sufficient scale, intensity and duration to get South Africans to read. It could probably be done for about R100 million a year, or less than one thousandth of the basic education budget.

Yet this relatively small public investment is not there, because the Basic Education department is focused on schooling and the Arts and Culture department has yet to grasp the true potential of reading. However, the problem is not just Government. There are few corporate or private foundations willing to make large-scale investments in reading development, for reasons I find hard to understand.

The DG Murray Trust is behind the national Nal’ibali reading-for-enjoyment campaign. It spends about R20 million a year on 300 community reading clubs, six million newspaper supplements and stories for children to listen on all public radio stations in their home languages three times a week. Since the beginning of October, 500 billboards across South Africa urge people to bring “story power” back into their homes. But this is not enough, and we need partnerships with government and other corporates to sustain a national campaign for at least the next decade.

It’s time to bring the educationists back into the room for a radically different discussion. This time the conversation should not only be about retrofitting schooling and tertiary education, or improving operational efficiency. This has to happen, but it won’t reshape the national economy.  The talk should centre on allocative efficiency – where we need to put our money to get the best returns. Only then will we fundamentally change education and employment outcomes in South Africa.