Aluta continua! Towards a generation of new young leaders that we believe in! 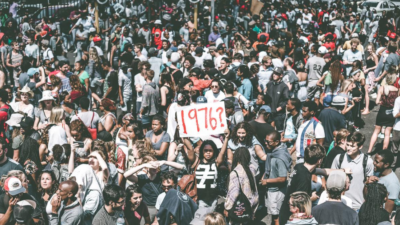 By Senzo Hlophe.  To read this article in isiZulu click here.

It is unfair to do a blanket comparison of young people of the 1976 generation with those of 2016.  The 1976 generation are generally seen as superhumanly inspirational, having achieved the impossible. Unfortunately, this type of comparison usually leaves us feeling disempowered, underperforming and for the lack of a better word, rather useless as young people in 2016.  However, I think there are quite a few parallels to be drawn between the youth of 1976 and those of today.

In 1976 the country witnessed school learners, baffled by the use of Afrikaans as medium of instruction in township schools and frustrated with the unpreparedness of teachers to execute this new language policy, taking it upon themselves to reject the new system.  In the context of many of their parents and guardians having become complacent as the brutality of the apartheid government normalised over time, they mobilised through various youth movements.  Lacking vision, the business sector did nothing to oppose the appalling loss of human potential – but then of course the business sector did not expect much from black learners, being content to exploit them as manual and menial labour when they become adults.

In 1976 young people bypassed all authority structures, including their parents, to revolt on 16 June, keeping it secret because they knew their plans would be disapproved of and possibly prevented. During a visit to Robben Island in 2012 one of the 1976 activists who guided our visit, told us that after the uprising many of them avoided going home because they feared the reproach of their parents and the state which was likely to be severe in both cases.  The personal risk paid off though – the 1976 uprising activated enormous international pressure on the apartheid government and as such played an important role setting the stage for the eventual fall of apartheid.

Also focussed on education, the 2015 #FeesMustFall movement grew from the realisation that despite the progress that has been made in ensuring that higher education is accessible to everyone, much more is needed to ensure actual equitable access. University fees represented a glass ceiling for both prospective and current non-white South African students.  Initiated by the Wits SRC in response to the 10.5% fee increment announced by the University Council, within a week #WitsWillFall started trending nationally as #FeesMustFall, supported by student movements at various institutions across the country.

And somewhat similarly to 1976, the #FeesMustFall movement experienced hostility from the state and impotent silence from parents (except for the outsourced workers).  Government brought in armed police forces using helicopters, private armed security detail and military hippos with more than 163 students arrested at Wits alone[1].  As they did in 1976, the business sector remained silent again, as though nothing was happening that required intentional leadership.  The lack of political leadership and void of constructive inputs from universities and research institutions will not soon be forgotten.

So we see that factors like limited support from the various structures that one would expect to provide support and protection for the interests of the young, coupled by growing frustration, and a lack of platforms to exert influence in decision making processes, feature in the backdrop of both youth movements (1976 and 2015).  However, while the 1976 generation is lauded as heroes, today’s young people are frequently accused of being an angry, dangerous, lazy, apathetic, despondent and disempowered generation in the media.

However, #FeesMustFall shows that similarly to those of 1976, today’s young people are in fact not apathetic, despondent or disempowered about social justice, their life chances and issues impacting the quality of their lives.  The spirit of 1976 lives on in today’s youth – if they feel sufficiently unheard and frustrated they will take the lead and mobilise. The question is how do we support them now to ensure that their efforts, like those of the 1976 generation, contribute to creating a better South Africa?  How do we help them to become the next generation to take the lead in the development of a South Africa, a generation that offer us the new leadership that we so desperately need – leadership that we can admire and believe in – like we do those of 1976?

Have a look at Activate! to read about a network of more than 2 000  young people mobilising around social innovation in South Africa.  Here are a few simple things you can do to help young people now:

Senzo Hlophe heads up our Game-Changing Leaders portfolio at DGMT.