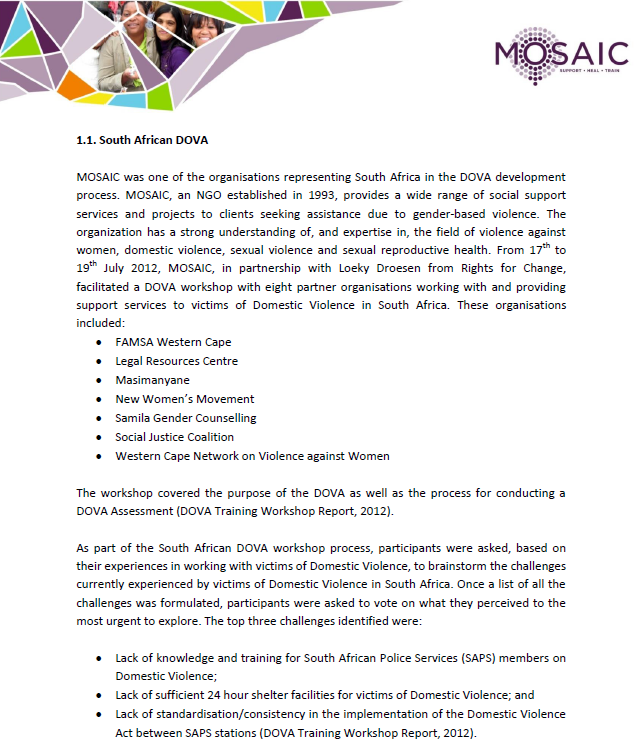 Mosaic, an NGO specialising in the field of gender-based violence, recently released a short and informative report in which they give feedback on the South African DOVA workshop (download the report here).   This document reports on strategic conversations of NGOs working to address the problem of domestic violence in South Africa.  According to this report these organisations identified the following as the most urgent challenges currently experienced by domestic violence victims in South Africa:

In the future they hope to investigate the following research question by implementing the DOVA assessment tool in South Africa:

The DOVA assessment is an internationally developed tool, used to assess the extent to which the state is delivering on its obligations in relation to human rights violations caused by domestic violence. According to Mosaic it will enable us to: