How collaboration can bring better prospects to children

This article was first published in The Star on 14 March 2016. 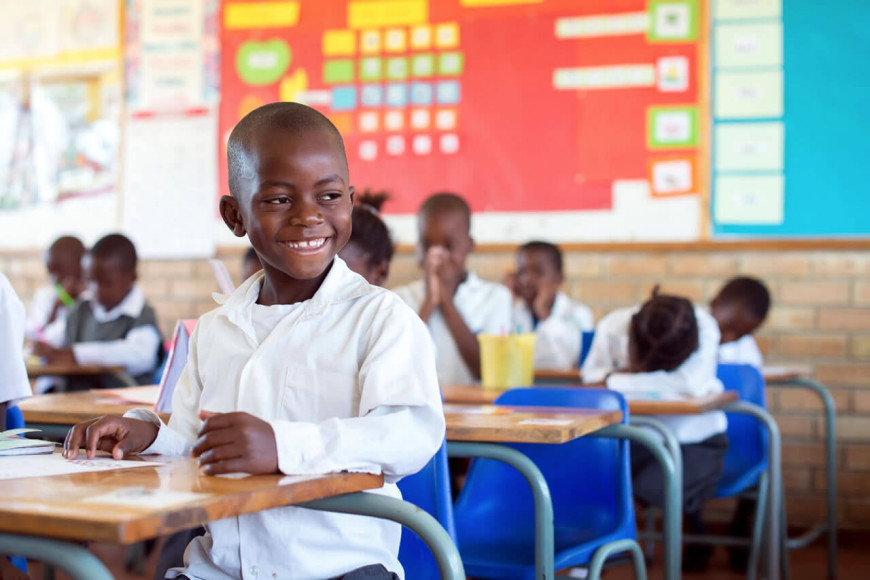 Can new forms of partnership bring better prospects to children in public schools in poor communities?  This is the intention of the Collaboration Schools project to test a new model of public school partnership in the Western Cape. It will bring in non-profit ‘school operating partners’ to strengthen the governance and management of under-performing no-fee government schools.

One in six high schools in South Africa achieved a matric pass rate of less than 40% in 2015. That’s almost 1 000 schools. Of these, 700 were schools classified as Quintiles 1 or 2, serving – or rather disserving – the poorest communities. These figures are more or less the same as those in 2010.

There may have been real improvements in education over the past twenty years, but the overall performance profile of public schools has not changed much. The schools that did well during Apartheid continue to do well and the rest still struggle along. Of course, there are high-performing schools in townships and rural schools that have overcome the odds, but they are truly exceptional. Their numbers are too few to change the two-humped quality curve of public schools. Let’s make the rather pathetic claim that schools that obtained a National Senior Certificate pass rate of at least 40% “performed adequately”, and those scoring less than 40% “underperformed”. By this definition, Quintile 1 schools are fifty times more likely to underperform than Quintile 5 schools.

Parents who can afford to vote with their feet take their children out of bad schools and enrol them in good government schools in former white suburbs or in low-fee independent schools. With the growth of the private schooling sector, there is a risk that our national system of education will become even more polarised over time, with wealthier families opting for private education and poorer ones having to make do with the inferior education provided at many public schools. This risk poses a major threat to future social stability

The only way to counter this threat is to work towards high quality education in all government schools.  But it is clear that even tilting the balance of public money toward poorer schools is not sufficient to overcome the massive gaps in teaching quality and learner outcomes. A key factor often overlooked is that poorer township and rural schools do not have as much social capital as wealthier schools do. Principals in better-off schools don’t fly solo. Their school governing bodies (SGB) constitute professional ‘pit crews’ to support them and they’re tapped into extensive resource networks. Yet poorer schools are expected to perform with just enough money for the staff and some pocket change for learner support materials. Their school SGB’s generally lack financial and legal expertise and, despite the determination of parents, most don’t have enough knowledge of the curriculum to hold teachers to account.

To support Government’s efforts, private donors have spent billions of Rands trying to bolster education by funding non-profit organisations (NPOs) to work in public schools. The impact of that effort has been very limited. One of the main reasons is that NPOs operate in schools, but outside of the government system. Good ideas blossom and fade because they are not institutionalized. Furthermore, they are often implemented in an indifferent and inflexible school environment, where the staff’s expectation of their own performance is poor.

However, there is now new opportunity. The National Development Plan calls for all sectors of society to work together to find new solutions. In the education sector, the National Education Collaboration Trust was specifically set up to achieve this goal. As a result, a group of funders has committed to public school partnerships that aim to bring non-profit school operating partners into the mainstream functions of public schools serving poorer communities, at the request of parents and working together with provincial and district officials. The Western Cape government has spearheaded the ‘Collaboration Schools’ pilot and we hope that the initiative will be adapted and implemented in other provinces soon.

In the Western Cape, some schools have opted for a governance model in which the school operating partner has the majority say; others favour a ‘fifty-fifty’ model where any equally split vote is referred back to the entire parent body. Two new no-fee schools have been included in the pilot to put them on a sound footing from day one. The pilot will create networks of schools that share expertise in teacher development and classroom instruction and open up new opportunities for their learners.

A crucial part of the pilot is to ascertain whether high-quality, non-selective education can be provided at scale at much the same cost as other public schools. At present, there are huge allocative and operational inefficiencies in the system. South Africa spends over 6% of its GDP on education – among the highest in the world – and achieves among the poorest outcomes. Inevitably, there are diseconomies of scale that will push up the start-up costs of a new model of delivery. They will remain until there are enough participating schools to distribute the expense of additional support across the networks. There are also initial costs involved in sprucing up the existing schools and stocking their libraries. The funders will absorb these extra costs, but their commitment is designed to taper off as efficiencies of scale and operation are achieved.

A criticism levelled at the pilot is that it represents privatisation of education, and not partnership. This despite the fact that the public school operators will always be non-profit organisations accountable to provincial government for their performance. Actually, both Government and Cosatu have already accepted that some publicly-funded services can be provided by either employees of the State or the private sector. Over 70% of the work of the Department of Social Development is contracted to NPOs, and low-fee independent schools may obtain a per capita subsidy of up to 60% of the equivalent allocation in public schools. The proposed National Health Insurance (NHI) is another example of tax-based funding of a mix of public and private providers. But the NHI faces an uphill battle, because the for-profit health care sector has been allowed to grow unchecked for the last twenty years. Public and private health care are now poles apart, and there is an entrenched public perception that for-profit private medicine is better. Fortunately, we’re not there yet in education. There are good public schools; just too few of them. We still have the opportunity to build genuine and sustainable partnerships that bring new expertise into government schools without the profit motive distorting public provision.

We cannot write off new ideas because we view them through the same lenses that have restricted our options in the past. We must be bold and test these ideas with robust evaluation. There are tens of thousands of children entering high schools across South Africa where only one in four of them will successfully complete Grade 12. We owe it to them to find ways of getting them out of this mire. Placing the 1,000 underperforming schools ‘under new management’ may be one of them.