We do have solutions for SA’s reading crisis 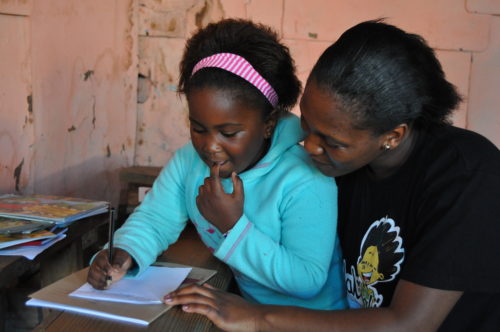 The national senior certificate results are an important annual benchmark of the state of education. In 2017, they showed some improvement, with a pass rate of 75%. But they have two major limitations.

First, they reflect only the achievement of that half of school-leavers who actually wrote the grade 12 exams. The other half had dropped out. If we take into account all children who were in grade 2 in 2007, the true grade 12 pass rate is closer to 50%. Second, they tell us little about our performance relative to the rest of the world. For these answers, our pupils must participate in standardised international tests of children at an age when most are still in school.

So hats off to all those responsible for South Africa’s participation in the 2016 Progress in International Reading Literacy Study (Pirls). Our fourth graders may have come bottom of the class but at least they pitched up for the exam; 145 other countries did not.

Our children were competing against children from the richest countries in the world, mainly from Europe and North America. Only two other African countries, Egypt and Morocco, participated. They were our rivals for the wooden spoon.

The low ranking of the three African countries is not surprising, in that wealth and reading ability are strongly correlated. Children in richer countries and richer households read better. Thus in five years’ time (and assuming the same countries participate), we’re likely to come last again.

Almost 80% of grade 4 pupils failed to reach the low international benchmark for reading and comprehension for that grade. They lack the fundamental skills for further learning. That’s why only a quarter of South Africa’s labour force is skilled, and why more than half of our young people are jobless.

Enough self-pity though; it is now time to act. The Pirls was able to identify what makes a good reader: book-rich homes, supportive parents, access to preschool and schools that promote reading.

In the next year, we won’t be able to transform thousands of low-quality schools into the “well-resourced, academically oriented schools” that Pirls identifies as producing readers.

We probably won’t even be able to make the schools safe and stop the children from being bullied; and family poverty and big walking distances will keep children coming to school tired and hungry. These negative factors are associated with worse reading outcomes. But, just for once, let us stop talking about grand schemes and long-term visions. Let us focus on what can be achieved over the short-term to produce great readers, and the good news is that there is much that South Africa can do in 2018.

The place to start is the home. Stories can be brought into millions of homes at no new cost. Almost every adult has a cellphone, even if they have no airtime. Zero-rating of mobile applications such as FunDza can dramatically increase access to reading resources. The costs to the network operators can be offset against their existing statutory obligations to socioeconomic development. The relevant industry codes already provide for this option.

The treasury could find R200-million a year to fund the national reading-for-joy campaign called Nal’ibali, which runs more than 1 000 reading clubs and already reaches several million people through radio and print. It has even managed to create “story-sparking” work for 400 community work programme participants, and could easily train another 4 000. But it does not have sufficient funds to cross the threshold of scale required to swing national attitudes and reading behaviour.

One of the key findings of the Pirls was the powerful effect of preschool education. In South Africa, fewer than half of children aged three to four are exposed to early learning. In response, SmartStart was established in 2015 as a nonprofit early learning playgroup franchise for children in this age group. In less than two years, it has trained and licensed 2 000 practitioners who together reach 20 000 children. A further R200-million a year would bring an additional 100 000 children into the network.

The DG Murray Trust, which I manage, helped establish and continues to support both Nal’ibali and SmartStart. The reason we set them up, together with other funders, was to create effective community platforms for reading and early learning. Through trial and testing, both projects know how to achieve the required scale and effect at lowest cost. Other quality early learning and reading programmes have also figured out how to go big. We don’t have to keep starting from scratch.

All of the above prepare children to benefit from good quality schooling — and the travesty is that so much of our school education is poor. Recently, with the support of academics and funders, the North West government tested a foundation phase teacher-support programme that was found to improve the reading scores of young children significantly. This project is proof that some educational outcomes can change quite quickly where support is smart and targeted.

But it is not just the state that must act. The corporate sector and parastatal development agencies could establish a national book fund to make millions of children’s books available in homes, schools and libraries. Pooled funding would reduce printing costs, and retail distributors could transport books to resource hubs around the country.

Advertising companies could make use of white space on print jobs to generate thousands of attractive reading cards for children. In this regard, retail marketing company Barrows has led the way through smart design, producing and distributing tons of early learning materials at no extra cost to its business.

The know-how and the precedents are there. All we now need is to build on these efforts.

But we must first do no harm.

Last month, the Eastern Cape announced it was shutting down 15 libraries because of a shortage of basic services such as water, electricity and ablution facilities. This occurred in the province of isiXhosa speakers who performed worst in the Pirls and despite a national conditional grant of more than a billion rands for libraries.

Admittedly, many libraries are stodgy and under-used but it is time to be creative. There are many nongovernment organisations that would love to clear out the cobwebs and transform these libraries into thrilling places where children can explore and discover. They could become the exchange hubs for networks of shoe-hanger home libraries on the back of the door of a home.

In just one year, South Africa’s reading and literacy prospects could be far greater.

In the scramble to find an extra R40-billion for higher education, let us not overlook the fact that a well-targeted R500-million a year for reading could set South Africa on a new educational and economic trajectory.

First published in the Mail & Guardian on 26 January 2018