Vaccines: Only mandate the ‘mandatable’…or we will shoot ourselves in the foot 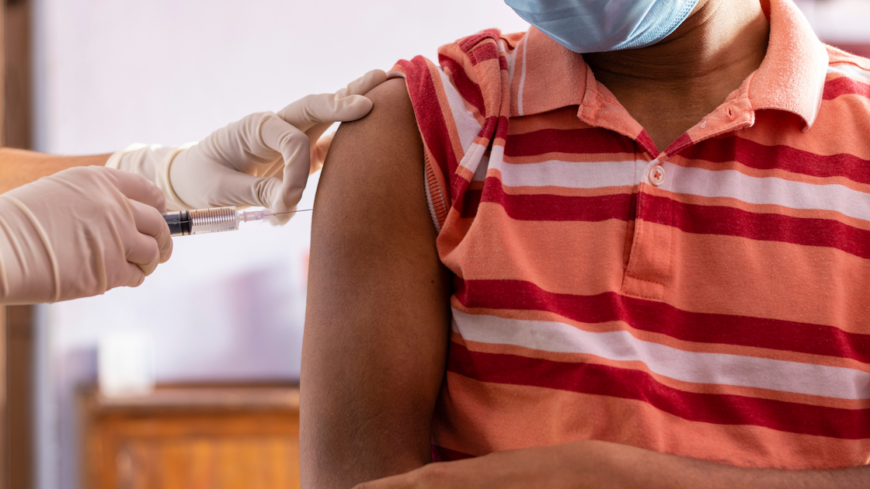 The pace of the Covid-19 pandemic is such that bold leadership is called for, especially when the impact of policy options is uncertain. Evidence of success or failure follows the trailblazers; and it is inevitable that political instinct rather than clear-cut fact will have to drive some major decisions.

In the heat of the moment, however, we could rush into choices that worsen our prospects of reaching critical thresholds of coverage.

In essence,  vaccine mandates are instructions to compel people to get vaccinated. They are premised on the view that high vaccination rates are critical to protect society and restore the economy.

We must start by acknowledging that the twists and turns of this hustler-virus keep testing even these core assumptions. The early optimism of substantially reduced transmission leading to herd immunity through vaccination gave way to a more pragmatic realisation that only extremely high coverage levels can suppress new waves of infection, and even then only to some extent. The European experience of the fourth wave illustrated the “leakiness” of current vaccines — vaccinated individuals still got Covid–  and in South Africa, there are already many cases of breakthrough infections by the Omicron variant in “double-vaxxed” individuals.

In time, and should there be a natural attenuation of the virus’s virulence, the public health argument for Covid-19 vaccination may dissipate. There is even the risk that leaky vaccines could lead to more lethal viruses. However, the evidence to date shows exactly the opposite.

The fact of today’s vaccines is that they have substantially reduced the frequency of severe illness and death, turning Covid-19 into a milder disease that is less disruptive to the economy and social life. It is this singular reason that provides compelling evidence for vaccination and a solid rationale for the introduction of national mandates.

The government could introduce one or more of three types of vaccine mandates:

As government, if you tell someone to do something, you must be able to check that they have done so and compel them to if they don’t. Otherwise, you lose credibility and those in opposition just dig in even further.

A rapid review of the effect of Covid-19 certification introduced across the world in 2020 found little to cheer in the implementation of vaccine mandates and warned of the unintended consequence of public resistance and hardening attitudes. However, that was 2020; in the lifespan of Covid-19, a long time ago.

A more recent study (submitted for publication but not yet peer-reviewed) compared the vaccination rates in six European countries to a simulated counterfactual of what might have happened without mandates, based on the coverage trajectories of other countries which did not introduce them. This simulation showed the strong effect of the Green Pass in Israel, a modest effect of vaccine passports in France and in Switzerland, and a positive but insubstantial effect in Italy. It could not show similar effects in Germany or Denmark and concluded that vaccine mandates are only useful when implemented early in the course of a national vaccination programme.

There will be legal and philosophical debates about the imposition of restrictions on individual rights and the boundaries of state authority, but the basis of my argument is that the government should implement vaccine mandates on one condition — that there is a plausible pathway to their success.

If we were to go on the strength of global evidence alone, the case for mandates is not yet robust enough and advocates will only shoot themselves in the foot if they make it the crux of their argument. At this point, the critical question is not whether vaccine mandates have worked elsewhere, but whether their implementation is both feasible and likely to have an impact here.

The feasibility of vaccine mandates

Practically, a vaccine mandate only has meaning if vaccination status can be checked and its implementation enforced. Paper-based vaccination certificates are easily reproducible and open to fraud. They would soon rapidly render compulsory vaccination meaningless. Therefore, we have to use a digital solution in the form of QR codes, which require a smartphone.

While smartphone penetration is 91%, according to the Independent Communications Authority of South Africa, this number grossly overestimates the extent of distribution, as they tend to be concentrated in richer households. The latest General Household Survey released by Statistics SA last week found that just under two-thirds of people in South Africa have access to the internet via cellphone. In some of the poorer provinces, it is closer to half. Even if they can download the QR code, the code needs to be scanned and verified through a digital link to a central server.

Imagine the scene at rush hour on Main Road, Wynberg. The taxi stops in the driving lane to admit a passenger. The door slides open and the fare-collecting uscabha presses the scanner against the smartphone in the prospective passenger’s outstretched hand. Cellphone reception isn’t great, so there’s a delay in connecting to the server. Meanwhile, an angry cacophony of hooting emanates from the growing line of cars behind the taxi…

Even if we could verify vaccination status, we couldn’t enforce it across society.

More than half (56%) of the 23 million adults who are not yet vaccinated are young people aged 18-34 years. Angry and hungry, over half of them are unemployed and many have expressly demanded “jobs before jabs”. On their stipend of R350 a month, they do not visit museums, hotels, cinemas or even sporting events and will feel no compulsion to come forward just because they are told to do so.

The denial of social grants may be tempting, but with the exception of the special Covid-19 relief grant, other social security available to young people is for reasons of disability — and childcare.  It would be unconstitutional to deny them those rights.

Perhaps old age pensions could be made conditional on vaccination, but it would be cruel to take away the only means of survival of an anxious and wary senior citizen. You’d first have to be absolutely sure that every bedridden individual is able to get vaccinated. In any event, first vaccination coverage in people over 60 has now reached 65% and in Limpopo and the Eastern Cape, it is close to 80%. There is little reason to be aggressive there.

These realities alone render the option of compulsory proof of vaccination moot.

Even if it is not viable, one could argue that leaving the option dangling in the wind may still encourage people to come forward for vaccination. In France, for example, much of the impact of mandates was more in their anticipation than actual implementation. However, this is a very risky strategy in a country when public sentiment is already flashing amber.

Much like the stock market, vaccination demand seems easily swayed by public sentiment. After a relatively bullish October, the sense of national deflation following local government elections knocked 40% off the average daily rate of first dose vaccinations — a pattern that persisted right up until the public announcement of Omicron and the president’s family meeting a week ago. A spike in anxiety fuelled an uptick in vaccinations, but already that is wearing off. Trying to bluff an already cynical population into vaccination seems like a very long shot.

So what could work?

There are seven million people aged 35-49 who are not yet vaccinated and 70% of them are employed. An increasing number of companies have implemented workplace mandates, compelling their employees to get vaccinated. Early adopters like Discovery have already demonstrated substantial effect, with more than 92% of its workforce now vaccinated. Given the large number of public sector employees in South Africa — about 1.3 million — mandating all public sector employees to get vaccinated could be a singularly powerful instrument in the hands of the government.

In the light of the “vaccine escape” demonstrated by Omicron and even earlier variants, the rationale for workplace mandates is not so much the transmission risk from an unvaccinated colleague as the benefit of a work environment where fewer colleagues get seriously ill. Milder infections will mean a healthier work environment for everyone and greater productivity, even if SARS-CoV-2 occasionally rampages through the office.

Similarly, the government can facilitate the reopening of social and sporting events, conference centres and tourism and hospitality through the use of vaccine passports. Again, their primary value is as a strong signal that vaccination is a new way of life — the path to stronger collective immunity — rather than a means of preventing community transmission. You may still contract the virus from the last person whose face pressed against the fish tank in the aquarium, even if both of you were vaccinated.

Even in the formal economy, however, these constraints will be difficult to implement when businesses are starved of customers. In taverns and taxis, viable vaccine passports are unthinkable.

Yet, the success of South Africa’s vaccination programme now largely rests on those who use minibus taxis, frequent taverns and operate in the informal economy — not by those going to hotels and conference centres, most of whom are already vaccinated. If the Covid-19 grants of R350 are continued beyond this financial year, then making vaccination a pre-condition would be very effective, as would topping up the childcare grant and old-age pensions for a few months.

These government-led incentives should be augmented by private support in the form of small guaranteed rewards like mobile airtime and free data, as well as funding for lucky draws and other incentives. This combination of mandatable mandates and tangible incentives could set South Africa’s vaccination programme on an accelerated trajectory.

Dr Harrison is the CEO of the DG Murray Trust. In support of the national vaccination effort, he leads a cross-sectoral demand acceleration strategy mandated by the National Department of Health.