Unlock, inspire, include: How unlikely networks push us forward 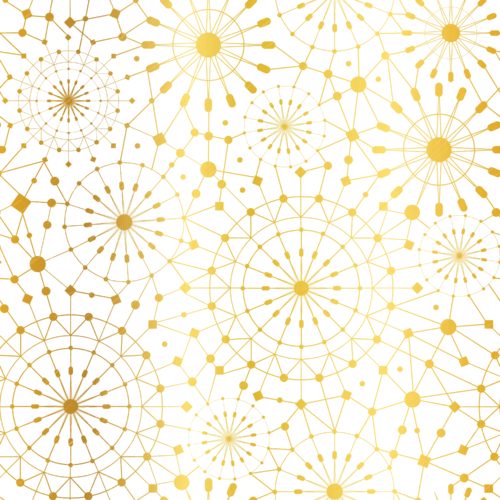 Scroll down to listen to a podcast of the discussion.

DGMT’s strategy and 10 opportunities to change South Africa are clearly set out. Still, some of these opportunities are easier to grasp than others: for example, most people would immediately understand what it means to give every child the benefit of early childhood development. The steps to achieving that are also clear, even if there are barriers to implementation.

Creating unlikely networks is more complex, which is why a recent ‘Deep Dive’ discussion with CEO David Harrison provided an interesting opportunity to explore these murkier waters.

He began by briefly sharing a childhood experience, and repeated something his father told him as a small boy: that possibly the most devastating consequence of apartheid was that it made people invisible. Even now, decades after minority rule has ended, it influences how our societies are structured.

Networks are important because they are imbued with social capital, and people have been excluded from networks because they have been made invisible. While social capital can include money and physical assets, it encompasses much more than that: everything that people share through their networks to improve the lives of others such as information, mobility, expertise, skills, support and the like.

“Some of the things that have influenced me over the years include my experience at loveLife[1]and my work with the groundBREAKERS,” David said. “Many of them made significant breakthroughs, but they were still shut out by mainstream [professional] society. Many of them were making a far bigger difference than their peers at university, but that’s not enough in a society with a huge power differential.”

Shutting out people in this way ultimately means denying them access to opportunity, independence and power.

David acknowledged that building unlikely networks, and finding the right people to connect to each other, can be difficult: “It’s hard work, but when that connection happens, it’s worth it. It’s that real experience of people getting together and getting rid of some assumptions.” These, he suggests, are the underlying assumptions that people have about others that influences their behaviour and engagement with one another.

Because of the nature of the challenge, our success in connecting people depends in large part on our ability to change our perspective: by looking through different lenses.

David had experience in public health and wanted to get a degree on the topic. An acquaintance suggested that since he was already an experienced professional in the field, he should rather choose a subject he wanted to learn more about. “So I went and did a master’s degree in public policy. It covered educational policy, environmental policy; all these different perspectives coming together to unlock problems in different ways.”

This is valuable, because it helps you see the opportunities in connecting people and causes that you normally might miss. Some of these unexpected perspectives also inspire DGMT’s strategic planning.  For example, David says that a book like Descartes’ Error by António Damásio, which focuses on the neurological but shows how visceral the mind is, helps him think through communication strategies. Similarly Richard Dawkins’ The Greatest Show on Earth shows the power of our external environment on biological processes and therefore behavior. This, too, has helped provide a new framework for understanding the influences on children and human behaviour.

Thus, while unlikely networks are invaluable because of the doors they open, they are also important because they have the power to spark innovation.

David pointed out that there is a happy medium between neglecting the building of connections and focusing all of your energy on networking. “Someone recently said to me that it’s all about connections, but that’s not true. Connections are important but it’s not all about them. Your productivity will fall if you spend all of your time connecting!”

“The goal ultimately has to be focused on real, practical change,” he said. “For example, we have the challenge of ideology versus pragmatism. We’re engaging with a capitalist ideology that’s driving a particular concentration of wealth in South Africa. We could say we’re not interested in engaging that ideology, but practically we have to.”

Often the perception is that there’s corporate capital on the one side and government on the other. “And the assumption is that government will provide for civil society.”

However, the division between corporate and non-profit is blurring. David recalled his earlier days of fundraising, where it was nearly impossible to get the corporate sector involved in HIV campaigns. When there was a willingness to contribute, he would be shunted to the CSI department; they would give money, but they didn’t want their names associated with it. Things have changed significantly since then.

“The French economist Thomas Piketty has helped clarify the historically fractious relationship between economic growth and social development. Think of the two as a grumpy old couple – suspicious of each other’s intent, but unable to do without one another. Without economic growth, social development will fail because public goods must be financed through taxation. Without social development, economic growth will flounder because there will be insufficient human capital to push an advanced economy, and because social instability will undermine business confidence and investment.”

It’s necessary that we keep our eyes open as to how deep the entrenched divides in SA are. DGMT’s recent partnerships with schools have shown that it is important not to be too controlling. This doesn’t mean that “anything can go”, and preparation is necessary, but DGMT’s role is to create enough space for the magic to happen.

David ended the Deep Dive session by reminding his colleagues of the ethos of the BlackLivesMatter movement:

“Partnerships develop at the speed of trust”.

This exemplifies the approach needed for building unlikely networks.

[1]David has previously worked for loveLife, the youth development organisation that initially focused on HIV prevention. Its youth volunteers, the 18-25 year old groundBREAKERs, implement its programmes in schools and undergo leadership training.

Article by Louise Ferreira, a freelance writer and journalist with a focus on gender and social justice based in Johannesburg. Find her on Twitter @frrlou or on LinkedIn.