The ordinary magic guaranteed to change our country 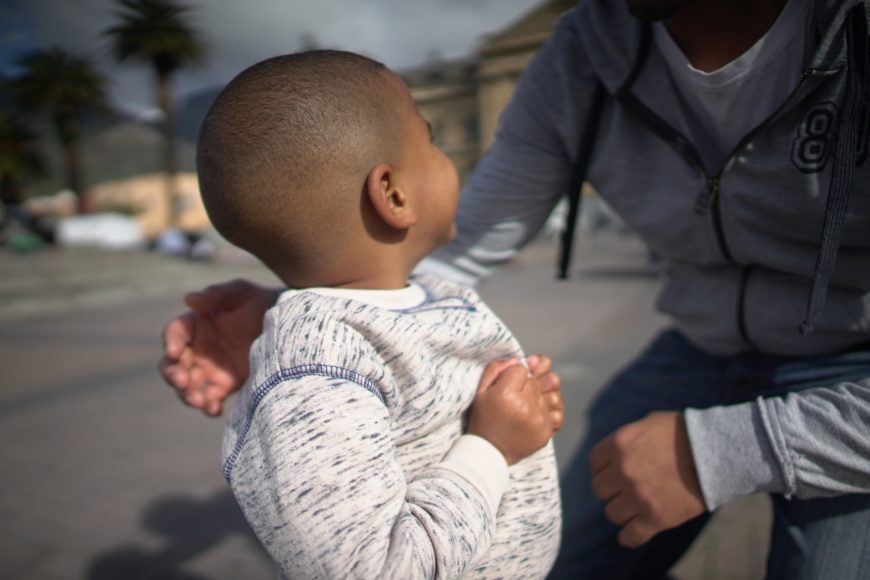 Building simple, loving connections for every child is Opportunity 7 in DGMT’s strategic blueprint. During a recent deep-dive conversation with our CEO, David Harrison, he explained how fostering such connections are essential to bringing about long-term change in South Africa.

Let’s start by looking at the key concepts that form the premise of this opportunity:

David refers to the book Descartes’ Error by neurologist Antonio Demasio, whose basic thesis is that the brain is connected to the heart, which is connected to the gut. “We have this idea of these separate, distinct and discrete organs, but the brain is simply the synthesis. This is why we say think with head and heart. You can’t separate the two. The notion of rational thinking that is somehow divorced from emotional thinking just does not make sense.”

Love is at the heart of what motivates children in life, David explains. “At its most sanitised, love is an act of the limbic part of the brain that releases dopamine transmitters. This actually facilitates the process of learning.” Conversely, when you don’t have love, when you feel stress, these negative neurotransmitters, or noradrenaline, are pumped up, and serve as a massive inhibitor on your efficacy as a person.

“That’s why when we spend time designing programmes at DGMT, we keep coming back to what lies at the core of what drives people inside,” explains David. “What is it that punches people in the gut or makes them feel from the heart? This is the type of language we use at DGMT. And it’s deliberate.”

Sociologists call the inherent value that is associated with social networking, social capital. While social capital includes money and (material) things, it’s much more than this. It is everything that people share through networks to improve the lives of others – like information, mobility, time, expertise, experience, skills, acceptance, support and so forth. “Our exposure to social capital is a marked driver of who we are, what we do and how we do it – and is derived from love and connectedness within our families and communities,” says David.

A lack of meaningful connections goes a long way to explaining the high levels of violence and aggression seen in, for example, service delivery protests. “You wonder why it is so extreme, why there is so much anger,” David says. “If people don’t feel seen, if recognition of each other is  unequal, if you feel small and you’re made to feel small — that engenders a sense of resentment; an incredible sense of anger that just wells up and ultimately explodes.”

Factoring social capital and its benefits into a programme is difficult because it is an intangible concept – compared to a concrete problem such as a lack of books or facilities, for instance. “But, arguably, simple and loving connections are the more important ones to get right, as without these connections, where will children get the motivation and support to actually use such resources?” David asks.

The thinking around opportunity 7 is largely inspired by the work of the American psychologist Ann Masten, who coined the phrase ‘ordinary magic’ to refer to the presence of loving, caring adults in a child’s life. Masten and others have tried to identify why it is that some children, even those from very poor circumstances, can thrive despite their poverty.

“It is a because of the resilience the children have,” explains David. “It grows from being loved, from being part of a relationship, part of a network of support from their parents or another significant adult in their life.” He adds: “As children grow up, whether they feel part of society;  whether they feel that they are connected, is absolutely crucial to their longer-term motivation to stay in school, which has got massive ramifications. Ultimately, it’s about purpose, belonging, identity, all of those things that give people resilience.”

David also mentions that Masten’s ‘ordinary magic’ refers to simple connections. “It doesn’t have to be complex or fancy, just the sense of possibility; the sense that that life can be a bit better. These are some of the protective factors for a child that we need to nurture in a country where there is massive material poverty, but also huge sense of social disconnection.”

So, how do we start cultivating these simple, loving connections?

It involves us all.

“Every day more children are born and for them the clock has started ticking. If they get to school well-nourished, ready-to-read and connected to networks of care and support, they will thrive. If not, they will join the ranks of millions of young South Africans who will probably never find a decent job. For them, the next five years are critical.

It seems deceptively easy to do – feed children, get them reading and connected to networks of care and support. But, there is no way that government will achieve these goals in the next five years. No, the greatest possibility for success rests with us, ordinary South Africans.

Imagine if we declared our determination to make South Africa a country free of nutritional stunting and each of us took some responsibility for it.  Every year, more than 11 million tonnes of food reaches its ‘best-before’ date on grocery store shelves and is discarded. Working with major retailers, the Food Bank is able to rescue over 3 million tonnes and redistribute it to hungry families. Who is dumping the other 8 million tonnes? Letting perfectly good food go to waste should be unacceptable in the eyes of the nation. It is not the whole solution to food insecurity, but it’s a start.

Stand by one child who would otherwise be at risk. Tell them stories, give them books. Tap into a national reading campaign like Nal’ibali that has created a wealth of literacy resources for young children. Take that child and his or her family to the beach or museum. Look for simple opportunities that will enrich their lives.

This may sound too simple, too insignificant to have far-reaching impact on the national economy – or too complicated because it relies on a massive collective effort. But, every year, a million children are born in South Africa – and half of them will miss out on achieving their full potential. All we need is for 500 000 people in this country to show interest in them – and confidence in our common future.”

After the deep dive with David, we asked our deputy CEO, Janet Jobson, how NGOs can build love and social capital into their programmes?

“It is about creating opportunities and conditions for relationships to form and for love to grow,” she says. “When you design a programme, you may have some very concrete objectives that you would like to achieve. Say, for example, in order to reduce national stunting rates you would like to see an increase in exclusive breastfeeding of babies up to 6 months. There are practical things that will contribute towards achieving this goal. For example, more supportive legislation and workplace policies around breastfeeding and better measuring practices at clinics.”

“Such contextual/environmental changes create conditions that make it easier for a mother to change her breastfeeding behaviour,” she elaborates. “But will she?” Remember what David said, the brain and gut work together – emotions and thinking are inextricably linked in people, which means there is no such thing as pure rationality. “Ultimately, it is the simple, loving connections in her life, those who are supporting her, motivating her, building her confidence, helping her to work through problems, that will be most effective in enabling sustained behaviour change – especially if environmental conditions are optimal,” explains Janet.

“Do we have NGOs with the capacity to ensure a caring supporter for each and every vulnerable mother during the first (and most critical) 1 000 days of her baby’s life?  We do not,” says Janet. “But the NGOs we do have can do two very important things: prioritise loving connections in their work, even while delivering programmes in the midst of extraordinary need; and use their work to mobilise ordinary citizens to start being there for each other.”

This is, for example, what Embrace[1] is setting out to do. Embrace aims to be a national movement for motherhood in South Africa. The idea is to build both a mother-led and mother-supported network that supports a thriving start to every woman’s motherhood journey in the country.

Another example: the Dutch Reformed Church started a unit within their Synod to support the ordinary citizens who make up the members of their congregations to, with Nal’ibali’s support, start reading clubs where adults read to children who do not often get exposed to books and stories.  “This project is about helping children to love stories, books and reading, but it is also about more than that,” explains Judy-Marié Smith, the project lead from DGMT. “Every connection, every interaction, opens the possibility for new perspectives, for new relationships, for empathy, for social capital to create new opportunities.”

A few years ago, we released a video entitled, “What will bring about the next real change in South Africa?”. After making a thorough case for creating circles of care and support for the development of children, it ended rather dramatically, asking: “Who will bring about the next real change in the country?” “We will. Each and all of us,” concluded the video. So, as organisations, let’s be aware that our strategies are important because they provide focus, but, if we do not create opportunities for South Africans to connect and to form supportive relationships, the impact of our efforts will always be limited. And, as citizens, let’s stop hoping for government and civil society to change South Africa or for change to happen on its own. Each and every one of us can and needs to do something simple to enable change in the country – reach out to those around us, form relationships, get to know one another, be supportive – especially to families with children.

[1] Formerly Cape Town Embrace – in the process of transforming into a national movement.