The Karnataka Learning Partnership: what data can do 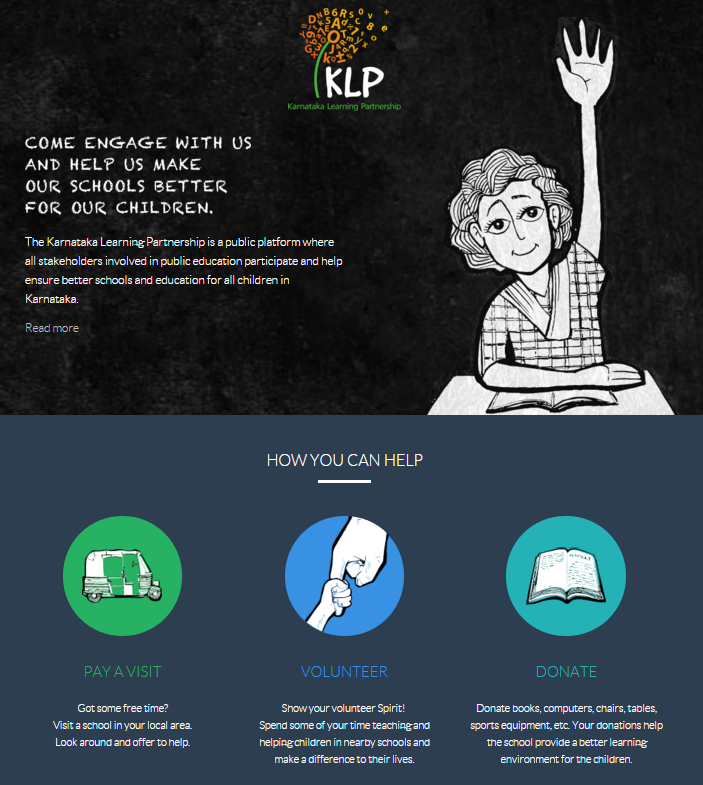 A parent is trying to decide whether to send her child to the preschool at the end of her street, or the one in a nearby neighbourhood. She’s heard the faraway preschool is better, but it also has higher fees, and she’s not quite sure what “better” means.

An NGO is planning a large-scale feeding scheme. It knows government enrolment data for schools can be wildly inaccurate and wants to be sure it is budgeting enough to feed all children.

A corporate wants to use its CSI budget to upgrade school buildings in the community where most of its employees live, but it doesn’t know which schools are most in need.

In each of these situations, the Karnataka Learning Partnership (KLP), an open online platform that tracks the state of education in Karnataka, India, is a game-changing resource.

It’s premised on the idea that if we pull together “everything we know” about education in one place, and make all that information publicly available, we’ll be more equipped to make factual assessments, galvanise community action, and ultimately improve school quality and learning outcomes.

The KLP was established in 2006 by the Akshara Foundation, an education non-profit based in the state of Karnataka, India. Initially, it was an exercise to tie all of Akshara’s programmes together and share its data openly with stakeholders. The KLP team however soon realised that to truly make a difference, it should open the platform for anyone to contribute, and build partnerships to ensure data is credible, helpful and widely used.

The entire platform is open-source – the database code can even be downloaded on the KLP website – so that other Indian states or countries can build on or replicate it.

Its online database has mapped every public primary and pre-primary school in Karnataka – that’s 46 000 primary schools and 64 000 preschools. It tracks a variety of data, including: 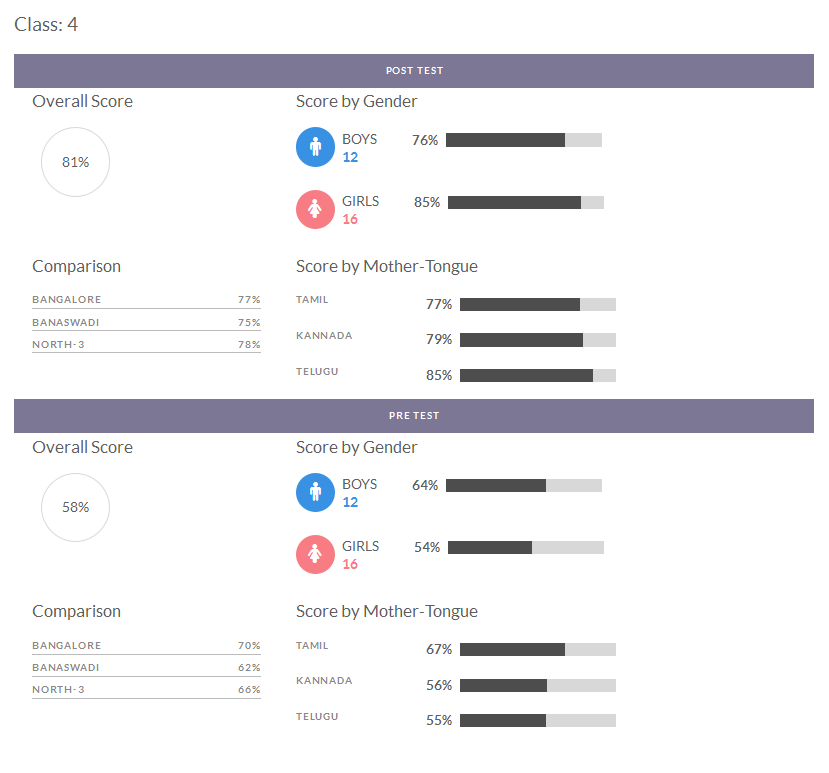 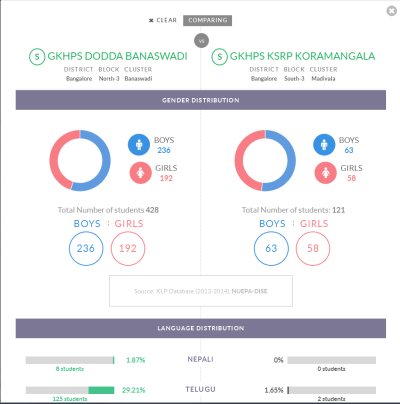 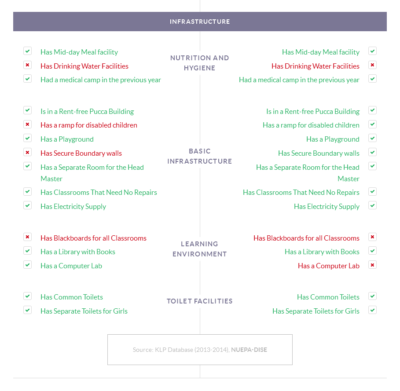 Anyone can contribute information – NGOs, parents, government – and data is collected in a number of ways.

Akshara’s field staff, who support library and maths programmes in more than 10 000 schools across Karnataka, collect observations each time they visit a school: Is the principal present? Are all teachers present and teaching? Does each classroom have a blackboard?

Information is collected as Yes/No binaries, without quality gradients (“Good”, “Moderate”, “Poor”). The KLP has found that such gradients are not used consistently and don’t work at scale.

Data on Akshara’s programme outcomes is also uploaded, and a few other NGOs share their data, including Akshaya Patra, which provides mid-day meals to 1.4 million children in India each day – so nutrition and health can be cross-referenced with education. (The KLP would love to get more NGOs involved, but despite interest and goodwill, most NGOs’ data collection is still not very strong.)

A new feature called “Share Your Story” allows anyone to enter a set of school observations – via interactive voice response system (IRVS), the website or community surveys. To date, the KLP has collected 157 989 of these stories, the majority from parents. They expect at least 300 000 entries this school year.

I often go on site visits to schools, where I notice things that aren’t working well: a library that’s always locked; blocked toilets; crumbling netball fields. I also see good things: passionate teaching; humming feeding schemes; volunteers helping in classrooms or after school. I’d love a way to report those things as I see them, so my observations become part of a larger body of evidence that can be used to strengthen schools.

Developing and maintaining the platform is no small task: The Akshara Foundation’s fieldworkers do a lot of data collection. KLP has 6 staff who work on programming, and contracts people part-time to enter reams of paper-based data. 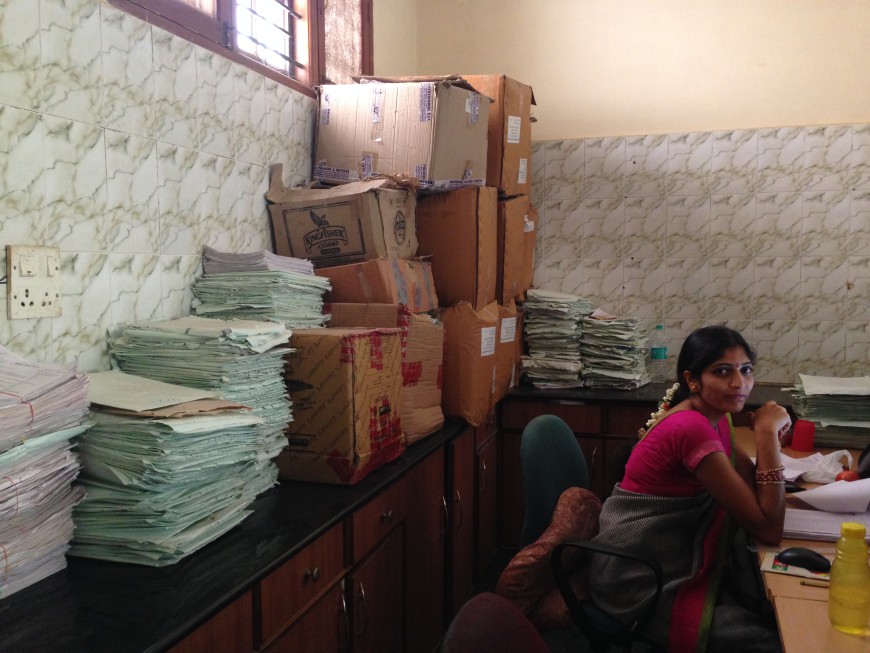 But it has the potential to truly pay off. Here’s one example I loved: in India, local politicians – Members of the Legislative Assembly (MLAs) – have small discretionary budgets to spend on their districts, which are often opaquely spent or unused. A few times each year, the KLP team compiles and delivers hard-copy reports to each MLA, highlighting schools with infrastructure shortfalls and suggesting how politicians could spend their budgets.

In South Africa, cutting edge work with data is also taking place. The Data Driven Districts Dashboard initiative (spearheaded by the Michael and Susan Dell Foundation, the New Leaders Foundation and the Department of Basic Education) consolidates information about attendance, grade progression and learning outcomes. It’s now up and running in nearly 25 districts in 3 provinces. For now, the platform is only open to education officials – although long-term, plans for a public version are in the works.

The KLP’s approach is deeply democratic at its core: the team believes that the locus of control in education needs to shift from the supply side to the demand side. Instead of waiting to receive services, and sighing and shrugging their shoulders when things don’t work out, citizens – and public accountability – should drive education provision.

Imagine what that kind of demand for education could do for South Africa.