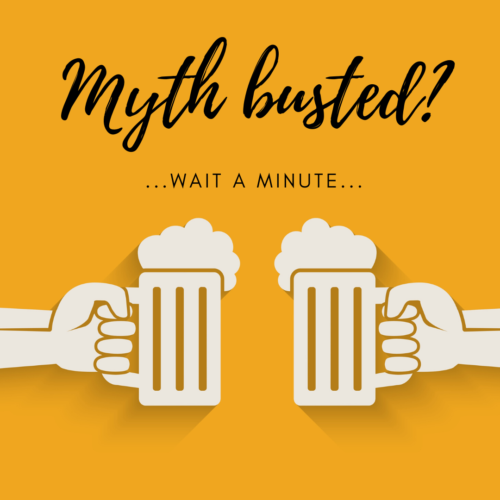 Last Friday, the Business Report (BR) gave space to the South African Breweries (SAB) to stake its claims regarding the banning of alcohol during lockdown (5 myths about the alcohol ban in South Africa, 24 May).  That is BR’s prerogative and SAB’s right.  The language was however remarkably intemperate for an opinion piece (five times “myth busted”) and more consistent with advertorial than considered opinion.  Not only should each of these claims be tested for accuracy, but also for logic with respect to the alcohol ban of lockdown.

An old marketing trick is to make a claim that nobody’s actually making, and then to prove it wrong. “Myth busted!”  It’s called the straw man fallacy. For example, the author’s “Myth #1” is that the ban on alcohol sales in SA means “nobody has been drinking during lockdown”. Was anybody actually saying that?  A more appropriate question is surely whether there has been a significant reduction in alcohol consumption over the lockdown period.  A stronger case would surely have been made if the author had shown that SAB sales had remained unchanged over the lockdown period – or quantified the reduction so that we could assess whether home-brewing could fully account for the difference.  Instead, the ‘proof’ cited is that the “millions of photos on social media of people having a drink… is evidence enough”.  No, it is not.

“Myth 2” is that the alcohol banned has stopped the trade of alcohol.  Again, who said it had?  The question is surely whether it has slowed down its trade. The author cites Darren Swersky, MD of the PicardiRebel Group as saying the “illicit liquor” being sold is “genuine liquor”. If that is indeed the case, it surely undermines the argument of pending loss of jobs in the formal liquor industry. Actually, it is true that protracted prohibition does result in bootlegging and the substitution of formal jobs for informal ones, which is negative for the economy.  But the author can’t swing both ways, on the one hand citing claims that the lockdown has not staunched the supply of genuine liquor, while on the other arguing that the lockdown is doing irreparable damage to the legal industry.

“Myth 3” is that the reduction in crime is due to a ban on alcohol, and here the author has a point. There have been a number of claims that the decreases in crime and violence are due to the ban of alcohol. As Professors van Niekerk and Ncayiyana, cited later in the article, argue, these claims possibly reflect confirmation bias – the tendency to interpret facts in ways that supports one’s prior beliefs. The author says that early international evidence “suggests that conclusions about the effectiveness of alcohol prohibitions during Covid-19 are premature and unjustified”. I agree, but the author then concludes unequivocally that “the common denominator” between South Africa and the selected countries she cites is “not the availability of alcohol, but the fact that the lockdown restricted public gatherings and the movement of people”.  Indeed, the risk of viral transmission lies in the abuse of alcohol and not its availability per sé, but according the Demographic & Health Survey of 2016, over a fifth (22.8%) of the population binge-drank in the previous 30 days.  So alcohol abuse is a problem in South Africa.  However, we don’t yet know how much of the reduction in crime, violence and domestic abuse was due to the alcohol ban and how much to the lockdown itself.  We do know that before the ban, according to a Lancet article, alcohol was the fifth leading risk factor for death and disability in South Africa. That underlying risk, and its cost to society, is indisputable. To suggest that the ban played no part in reducing crime and violence would be incongruous with our prior knowledge that over half of injury related deaths in South Africa are alcohol-related.

“Myth 4” is essentially a restatement of “Myth 3”, this time worded as the “reduction in hospital activity in SA is solely due to the ban on alcohol”. Once again, an attack on the straw man.  Change the adverb from ‘solely’ to ‘substantially’ and the alcohol industry would have a case to answer for.

“Myth 5”is that “South Africa is unique so you cannot compare it with other countries”. Yet another assault on the hapless straw man! The author then presents a couple of graphs, apparently to make the point that you can indeed compare countries, notwithstanding the protestations of the straw man. I concede, you can compare countries, so let’s examine the data which the author uses to conclude that there is no correlation between alcohol consumption and a nation’s crime index. Her source uses the number of litres of pure alcohol per capita consumed per year as the measure of alcohol consumption, comparing it to a composite index of crime.  Turns out there is a moderately strong correlation between this measure of alcohol consumption and crime (0.43).  In other words, the more a country drinks, the worse its crime rate. But of course, the proportion of people who drink varies across countries, so a better measure of risk-related drinking would be the number of litres of alcohol per drinker. That correlation is even stronger (0.55).  In other words, the evidence actually contradicts the author’s argument!

The alcohol industry in South Africa is a significant employer and revenue generator.  When abused, its products also cause considerable harm. Currently the cost of its harms outweigh the economic benefits by at least 2:1.  If South African Breweries regards itself as a good corporate citizen, those who write under its name should not resort to cheap psychological tricks, but should face up to both sides and ensure that, in the social and economic calculus, its good outweighs its bad. 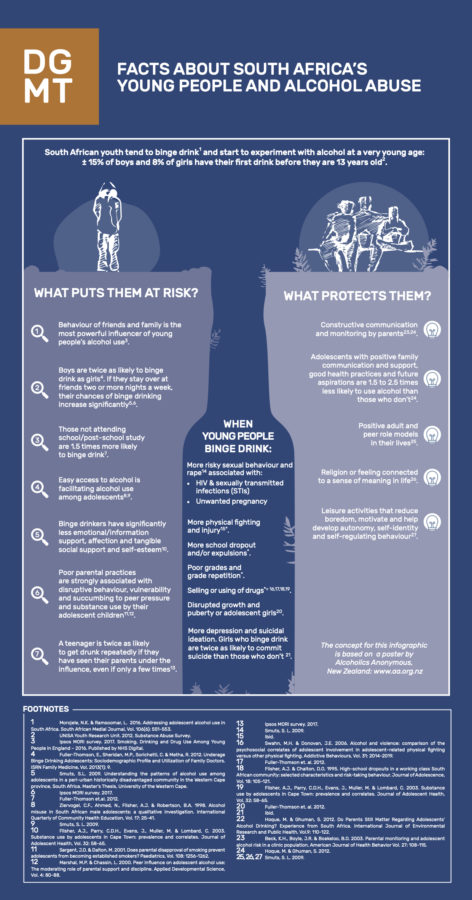 For a more balanced review of the cost of alcohol harms in South Africa and ways to manage the problem better, have a look our learning brief entitled: “One step forward, two steps back: How alcohol abuse diminishes
the work of civil society and what we can do about it” – Read it here.