“My child is a somebody” – Ilifa launches a national campaign

This week (8-12 June 2015)  Ilifa Labantwana is launching its first national public campaign.  It is a multi-media, mass communication public service campaign called #LovePlayTalk with the tagline “My child is a somebody”.

The campaign aims to create awareness around the importance of responsive parenting during pregnancy and the early years of a child’s life. Targeting pregnant women, parents and caregivers of small children, the focus is on the “ordinary magic” parents are capable of instilling into their children’s development – no money or resources necessary – through LOVING them, PLAYING with them and TALKING to them. Ultimately, the campaign is trying to encourage parents’ involvement in their children’s early development. 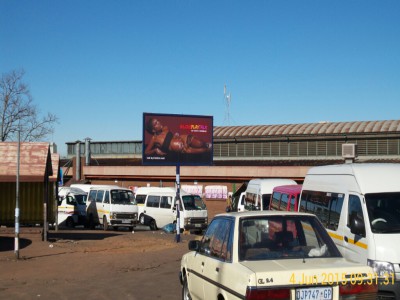 Ilifa is hoping that the campaign will run over several years with many different facets and incarnations. As a start the aim for the next 3-6 months is to enter the consciousness of South Africans, to create a buzz, discussion and debate.  The first phase of the campaign features billboards in Limpopo, the North West, Gauteng and the Eastern Cape and eight different (30 second) public announcements broadcast on Metro FM, SAFM, Ukhozi, Motsweding FM and Radio 2000. The art in the billboards depicts a pregnant woman, a young father with his baby and a grandmother with a toddler. The look and feel is modern and captures the closeness of the relationship between parent/grandparent and child. Approximate broadcast times for PSAs are as follows:

Both the PSAs and the billboards invite the audience to the mobi site, mychildsa.mobi  – a website accessible by even the simplest of phones – where information and practical tips are provided on  how to “love, play and talk” with kids.  New content will be uploaded on a weekly basis to the mobisite and, providing opportunity for commentary and interaction, via facebook (MyChildSA) and twitter.

A message from Ilifa: “This campaign belongs to all of us who are passionate about the potential of South Africa’s children! Please take ownership of it and have fun with it. Take a selfie in front of a billboard and upload it to Facebook or twitter (with hashtag #loveplaytalk). Call into a radio station and talk about it. Tell your friends and your family. Ultimately the campaign’s success lies in every day interpersonal connections and exchanges that leads to more children being loved, played with and talked to!”.

Author: Moderator
Tags: ECD, Ilifa labantwana, LovePlayTalk, My child is a somebody
Posted on 9 Jun 2015 under DGMT Points of Interest, Resourceful Young Children