Helping our children reach their full potential by growing the building blocks of food, love, security and stimulation 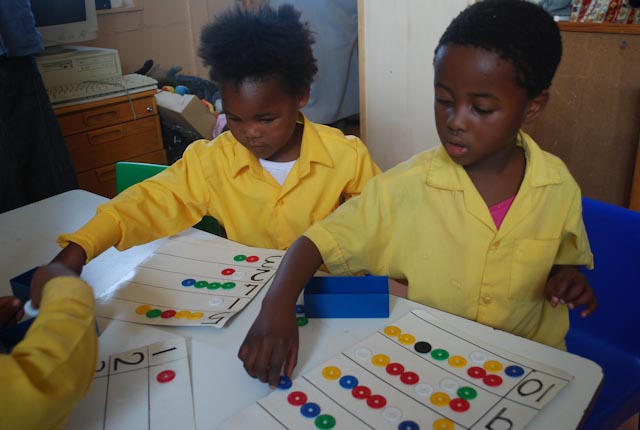 How can we fix our education system?  That question preoccupies our national mind – and not without cause. We fail to prepare enough people for basic jobs, let alone to sustain a sophisticated knowledge economy.  If that is the question, the inevitable answer is that we need good teachers, quality textbooks and enough time in the classroom. But what if we asked a slightly different question, namely ‘what needs to be done so that our children can learn’?

Imagine that we could start from scratch and design an optimal response to our poor educational outcomes, based on current science. Our starting point would no longer be the child’s first day in the classroom, but the time of her conception. Our DNA consists of just four building blocks, and they are combined in fantastic variety to make us who we are. Among a myriad of processes, these combinations – our genes – trigger the formation of the neural tube in the growing foetus, which ultimately becomes our brain and nervous system.

The brain develops precociously compared to other organs. In terms of weight, its peak rate of growth is in the third trimester of pregnancy and first three months of new-born life. During this period, nerve cells ‘wire together’ to form the neural circuits that are required to sense and to think. Sensory neurons take the lead in connecting to each other and to other parts of the brain. Then language wiring starts to dominate, before higher cognitive functions – such as the ability to imagine and plan – kick in in a frenzy of connections between specialised areas of the brain.

These linkages are reinforced by the child’s interaction with her mother and father in an unconscious game of ‘serve and return’.  The child ‘serves’ a volley of smiles; the parent ‘returns’ with eyes that light up , sounds that encourage and touch that comforts.  In this simple environment – of sufficient food, love, security and stimulation – the child is primed to learn, and the brain grows in size and sophistication. By the time she goes to school, neural circuitry is well established and the brain is already 95% of its adult size. In fact, the rich experiences of the first six years of life over-stimulate the neural pathways and what follows is a process of pruning and reshaping.

But what happens when the simple triggers of food, love, security and stimulation are not there?  Then the brain switches to survival mode. Fight-or-flight neurotransmitters are released that inhibit processes of learning and reasoning.  When these conditions persist, stress becomes toxic and the child’s learning potential is seriously damaged.  Worse still, this stress changes the very structure of the child’s genes, so that the tendency to cower rather than flourish becomes part of her DNA and, in time, that of her children and grandchildren.

By the time she reaches school, she is on a completely different life trajectory to a friend born with the same genetic potential. The differences may be difficult to demonstrate in Grade 1, but the gaps in intellectual capacity and performance widen over the years. That’s one of the reasons why four-fifths of Grade 6’s score below 40% on standardised assessments of numeracy, compared with only a half of Grade 3’s. It’s not that Grade 4 – 6 teachers are necessarily bad, but the effects of pre-existing deficiencies become starker.  These children can mostly catch up, but full remediation is difficult and expensive.

Imagine each child as a tower of building blocks.  We know that many won’t reach their full height. However, we generally fail to understand that most building blocks are missing from the bottom, not the top. The Nobel laureate and Economics Professor, James Heckman has shown that investments in preschool learning produce the highest returns in terms of economic productivity.  Yet, in South Africa, our spending on education is the inverse of where we would get the best results. As a proportion of Gross Domestic Product (GDP) per capita enrolled, we spend most on tertiary education and least on early learning.

The answer doesn’t only lie in realigning public expenditure, but in growing the simple building blocks of food, love, security and stimulation. Surely these are things that can be provided to every young child in South Africa? You can start by reading to your own child from their first day of life – and to another child who might be missing out on the rich experiences that enable us to reach our full potential.  Read a story to a child with a full stomach, and you’ll tick all the boxes for her growth and development, sparking connections that associate learning with love and security.  Her sense of self-esteem, capacity to aspire and ability to achieve will be enhanced.

Can our teachers teach?  Certainly, we must keep asking that question.  But equally, we should be asking what should be done so that our children can really learn.