We spend a lot of time thinking about change – change that would allow every person in South Africa to have the opportunity to fufill their life potential.  We think about what is at the heart of situations -what drives a detremental situation to exist and to persist?  We ponder how to activate change – how can South Africa change ineffective systems that seem to have taken on a life of their own; how can we look at the same old situation with new eyes and from different perspectives to come up with entirely new approaches to change it; and importantly, how do we change ourselves, our thinking and behaviour, to create different outcomes for South Africa?

Steve Jobs once had this to say about creativity: “Creativity is just connecting things. When you ask creative people how they did something, they feel a little guilty because they didn’t really do it, they just saw something. It seemed obvious to them after a while. That’s because they were able to connect experiences they’ve had and synthesize new things.” We think this is so true, that is why getting exposed to new ideas in books, thinking about what we are learning in the context of South Africa and our experience is such an important – and enjoyable (!) – part of our work.  Below we share with you some memorable books that sparked ideas for us around change.  It is not an exhaustive or a definitive list by any means though – please share with us your recommendations!

Synopsis: It is a well-established fact that in rich societies the poor have shorter lives and suffer more from almost every social problem. The Spirit Level, based on thirty years of research, takes this truth a step further. One common factor links the healthiest and happiest societies: the degree of equality among their members. Further, more unequal societies are bad for everyone within them-the rich and middle class as well as the poor.

Synopsis: Muhammad Yunus, who created microcredit, invented social business, and earned a Nobel Peace Prize for his work in alleviating poverty, is one of today’s most trenchant social critics. Now he declares it’s time to admit that the capitalist engine is broken–that in its current form it inevitably leads to rampant inequality, massive unemployment, and environmental destruction. We need a new economic system that unleashes altruism as a creative force just as powerful as self-interest.

Synopsis: The Alternative, is not only important reading, it’s imperative. Miller, a trained engineer, the one-time manager of a top social service organization and most importantly, the son of a remarkable single mother, has both lived and observed the failings embodied in our attitudes toward the poor and, as a result, the flaws in our systems meant to help people in poverty. He merges heart and soul with system thinking to yield a prescription featuring the real math, trust relationships and courage that can change the “us and them,” to “upward together” and put American families in the driver’s seat to build their futures.

Synopsis: Capital in the Twenty-First Century is a study of inequity, both historically and in the present. The book describes how the concentration of wealth has changed over time. Its central thesis is that return on capital is greater than growth over time, which means that capital and inequality inevitably increase. The book also considers the ways governments might address the increasing concentration of wealth in the future.

Synopsis: South Africa’s rainbow nation has become a restless nation. Citizens are faced with poor service delivery and corruption, while a new bling culture has infected both politics and business. Renowned political commentator William Gumede takes a fearless look at these and other burning issues which threaten the South African democracy: leadership battles within the ANC, attacks on the constitution, black economic empowerment strategies which only benefit a few, racism and moral bankruptcy. Does the government have the ability – and the will – to lead us out of this malaise? Gumede is not convinced. Yet in his distinctive style, he not only criticises but also offers solutions to the country’s unique challenges.

Synopsis: The innovators dilemma is one of the most important books chronicling how innovation takes place.  In this classic on disruptive innovation, Christensen explains why most companies miss out on new waves of innovation. No matter the industry, he says, a successful company with established products will get pushed aside unless managers know how and when to abandon traditional business practices.

Zero to One – Peter Thiel

Synopsis: The great secret of our time is that there are still uncharted frontiers to explore and new inventions to create. In Zero to One, legendary entrepreneur and investor Peter Thiel shows how we can find singular ways to create those new things.

Synopsis: In David and Goliath, Malcolm Gladwell challenges how we think about obstacles and disadvantages, offering a new interpretation of what it means to be discriminated against, suffer from a disability, lose a parent, attend a mediocre school, or endure any number of other apparent setbacks.

Tina Rosenberg – How Peer Pressure can change the world.

Synopsis: Now, through striking stories from around the globe, Rosenberg shows how positive peer pressure can change people’s behavior and solve seemingly intractable social quandaries. In every case, pioneering social entrepreneurs throw out the old models for social change in favor of humanity’s most powerful and abundant resource: our connections with one another. The result is one of those rare books that will not only revolutionize the way you look at the world but also give you the power to change it.

Synopsis: In Teaching with Poverty in Mind: What Being Poor Does to Kids’ Brains and What Schools Can Do About It, veteran educator and brain expert Eric Jensen takes an unflinching look at how poverty hurts children, families, and communities across the United States and demonstrates how schools can improve the academic achievement and life readiness of economically disadvantaged students. Jensen argues that although chronic exposure to poverty can result in detrimental changes to the brain, the brain’s very ability to adapt from experience means that poor children can also experience emotional, social, and academic success. A brain that is susceptible to adverse environmental effects is equally susceptible to the positive effects of rich, balanced learning environments and caring relationships that build students’ resilience, self-esteem, and character.

Synopsis: Malcolm Gladwell takes us on an intellectual journey through the world of “outliers”–the best and the brightest, the most famous and the most successful. He asks the question: what makes high-achievers different? His answer is that we pay too much attention to what successful people are like, and too little attention to where they are from: that is, their culture, their family, their generation, and the idiosyncratic experiences of their upbringing. Along the way he explains the secrets of software billionaires, what it takes to be a great soccer player, why Asians are good at math, and what made the Beatles the greatest rock band.

Synopsis: Examines the role that social capital plays in organizations. This book argues that social capital is integral to business life and that without it cooperative action isn’t possible. It identifies the social elements that contribute to innovation and productivity, and reveals the benefits that derive from investments in social capital.

Synopsis: The social business model has been adopted by corporations, entrepreneurs, and social activists across the globe. Its goal is to create self-supporting, viable commercial enterprises that generate economic growth as they produce goods and services to fulfill human needs. In Building Social Business, Yunus shows how social business can be put into practice and explains why it holds the potential to redeem the failed promise of free-market enterprise.

Synopsis: How does culture matter for development? Do certain societies have cultures which condemn them to poverty? Led by Arjun Appadurai, Mary Douglas, and Amartya Sen, the anthropologists and economists in this volume contend that culture is central to development, and that cultural processes are neither inherently good nor bad and never static. Rather, they are contested and evolving, and can be a source of profound social and economic transformation through their influence on aspirations and collective action; yet they can also be exploitative, exclusionary, and can lead to inequality.

Synopsis: Since Descartes famously proclaimed, “I think, therefore I am,” science has often overlooked emotions as the source of a person’s true being. Even modern neuroscience has tended, until recently, to concentrate on the cognitive aspects of brain function, disregarding emotions. This attitude began to change with the publication of Descartes’ Error in 1995. Antonio Damasio—”one of the world’s leading neurologists” (The New York Times)—challenged traditional ideas about the connection between emotions and rationality. In this wondrously engaging book, Damasio takes the reader on a journey of scientific discovery through a series of case studies, demonstrating what many of us have long suspected: emotions are not a luxury, they are essential to rational thinking and to normal social behavior.

The Mind-Gut Connection: How the Hidden Conversation Within Our Bodies Impacts Our Mood, Our Choices, and Our Overall Health – Emeran Mayer

Synopsis: Combining cutting-edge neuroscience with the latest discoveries on the human microbiome, a practical guide in the tradition of The Second Brain, and The Good Gut that conclusively demonstrates the inextricable, biological link between mind and the digestive system.

Synopsis: If the Big Data revolution has a presiding genius, it is MIT’s Alex “Sandy” Pentland. Over years of ground-breaking experiments, he has distilled remarkable discoveries significant enough to become the bedrock of a whole new scientific field: social physics. Humans have more in common with bees than we like to admit: We’re social creatures first and foremost. Our most important habits of action—and most basic notions of common sense—are wired into us through our coordination in social groups. Social physics is about idea flow, the way human social networks spread ideas and transform those ideas into behaviours. 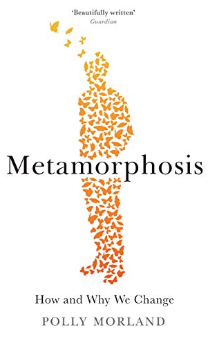 Methamorphosis: How and why we change – Polly Morland

Synopsis: The world is in transition. We are in transition. Change – and the desire for change – is everywhere you look. Yet we scarcely understand change, let alone know how to pursue and steer it wisely.  This book offers an intimate view of how, why and when we change. Can we make it happen when we want to? How do we deal with it when we have no choice? We are faced with political change, we find ourselves divorcing, made redundant or bereaved. We long to lose weight, to move somewhere new or to mend a bad habit. However it comes about, Polly Morland shows that change is not an event, but an evolving process at which we are far more skilled than we realise. 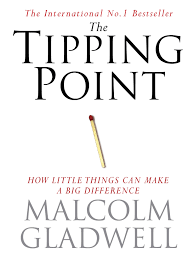 The tipping point: How litte things can make a big difference – Malcolm Gladwell

The tipping point is that magic moment when an idea, trend, or social behavior crosses a threshold, tips, and spreads like wildfire. Just as a single sick person can start an epidemic of the flu, so too can a small but precisely targeted push cause a fashion trend, the popularity of a new product, or a drop in the crime rate. This widely acclaimed bestseller, in which Malcolm Gladwell explores and brilliantly illuminates the tipping point phenomenon, is already changing the way people throughout the world think about selling products and disseminating ideas.