Firestarter: How innovation can light up South Africa 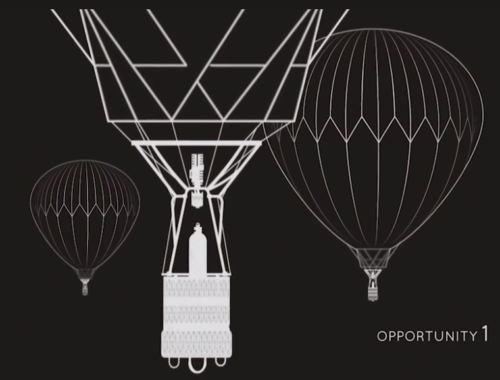 South Africa has a vibrant civil society history. However, post-1994 and the country’s first democratic elections, many civil society organisations lost their spark. DGMT believes that if we reignite civil society, we can drive public innovation and light up South Africa. In a deep-dive discussion, David Harrison, DGMT CEO, examines the challenges and rewards of this opportunity.

Civil society consists of thousands of non-government organisations (NGOs) providing support at a local level across the country; they are the social fabric of South Africa. During Apartheid our civil society was extremely active. Many organisations understood how politics influenced local outcomes and had a strong political stance. David expands: “The more politicised NGOs had income streams from international charities such as Save The Children. Many relied on local donations. And there was a wealth of voluntarism and individual giving. All that supported a very rich network of NGOs.” The situation altered after 1994 when many revenue streams dried up and most of the international funding was channelled to government. There is a certain irony in that – David points out that today 75% of the government’s social development budget (SDB) goes to NGOs.

Civil society organisations are not held in the same regard as the government or corporate sector, yet they are the second biggest employer in South Africa. They make an enormous contribution and not just in terms of the economy. NGOs tend to fall into two camps: those that oppose the government and those that work for it. DGMT believes there is a need for innovative NGOs to occupy the space between.

David explains: “We are at a point where civil society is simply seen as the vessel for service delivery – government contracts are effectively driving the work of NGOs. Which is very different from the way many civil society organisations are viewed in Latin America. There, the state sees those organisations as the custodians of critical thinking, empathy, imagination and love. And recognises those as critical components of society. It draws them in, funds and supports them with the latitude to do what they do best – not just simply to pick up where the state is failing.”

The courage to change

When looking at public innovation and the role of NGOs, David is not suggesting they reinvent the wheel. “Innovation is a mindset that asks: ‘How do we constantly, incrementally improve what we are doing and then look for the opportunities to leapfrog?’ It is about improving processes so you are getting higher returns out of the same input. Just really challenging institutions and asking: ‘Is this the best way? What synergies can you create?’ I don’t see a conflict between an organisation who sees itself fundamentally as serving the basic needs of a community and an innovative organisation.”

Change is daunting for NGOs because the majority have done the same thing, the same way, for a long time. And change will impact not just on the financials, but also on people. David thinks The Innovator’s Dilemma by Clayton M. Christensen could prove a useful tool. It describes how big corporates battle to change because they have an established target market. Disruptors can come in quickly, with a tighter, more focused niche and end up having greater effect and ultimately attracting a bigger market. NGOs must not only have the courage to change, they must also be sure of their objective. “Before one can be innovative, you have to be crystal clear on what your aim is,” insists David.

To kickstart change civil society organisations should alter their interior and exterior viewpoints. David suggests that they stop seeing themselves as individual operators. They should consider how they relate to other organisations in their communities, and how they can have a bigger collective effect. This approach will be more attractive to funders who are interested in leverage – they want to know that their investment has the potential to have a much greater impact. David tells NGOs: “You need to understand that you are just one cog in the wheel. But a cog can be incredibly powerful. It can ratchet up effects if it is connected up to another cog and another cog.”

Inclusion can drive innovation. “Think of the consequences of #FeesMustFall on our education system and the dampening effect on innovation in South Africa.” says David. “How much of South Africa’s time is spent on managing the symptoms of inequality? That is a massive transactional cost, that diverts us from being an increasingly innovative society… Sometimes, inclusion is the moral imperative of having a complete society.” Activate! is a DGMT initiative aimed at stimulating innovation through inclusion. It brings together young people from across South Africa in order to shake up their frames of reference and in doing so create unlikely networks and opportunities for innovation and social change.

But, innovation can only happen in a culture of aspiration. As David asks, if there is no desire to keep making things better, where is the incentive for innovation? How can we stimulate pride and ambition in our communities? One path is to tackle visual symptoms of demoralisation, such as litter, which indicates apathy and disregard for others. Removing litter helps create a sense of civic pride. The challenge for NGOs is to identify the visual manifestations of a deeper malaise and to try and help the community resolve them.

Why is innovation so critical? Why don’t NGOs simply try to meet the needs of their communities? “The problem with that is that you wallow in a state of constant depression” explains David. “There is always overwhelming need. That is what bogs people down and why innovation doesn’t happen. People are demoralised. NGOs have to be beacons of hope in their community, they have to reflect.” DGMT wants to ensure that NGOs are the custodians of the dream of an innovative and inclusive society, even as they are dealing with everyday challenges.

A dynamic civil society should go hand-in-glove with innovation, because it yields fresh ideas, transformation and a brighter future.

Article by Daniella Horwitz, a freelance journalist based in Cape Town. She writes about amazing people doing incredible things (https://proteaplace.wordpress.com).