Domestic Violence: It All Starts With the Child 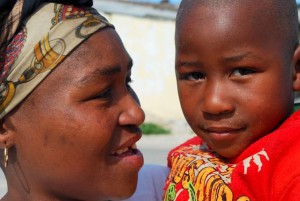 “Do you remember that horrific picture in the Cape Times last year, of a terrified man kneeling in front of a crowd in Khayelitsha preparing to necklace him?  As if that scene wasn’t bad enough, the really bone-chilling stuff was happening behind him, where mothers stood holding the hands of their toddlers as they too watched a man screaming to death.  Those flames must have burnt into the psyche of those children.

In the past decade, scientists like Jack Shonkoff have shown the relationship between chronic stress in children and dysfunctional and dangerous adulthood.  “The active ingredient in the environment…”, says Shonkoff,  “is the quality of the relationships that children have with the important people in their lives. That’s what it’s all about.”  Where mothers are constantly moving from home to home looking for food or a bit of money; where fathers are absent or only around binge-drinking over the weekends; where children of three or four wander around on streets instead of being part of early learning centres – then societies turn on themselves, and turn violent.

So what can be done?

Let’s start by focusing more on the child – and let’s start with what WE can do.  The child psychologist Alice Miller describes the “essential role of an enlightened witness” in the lives of children.  People who can be there with the child – understand his or her hurt, even if they can’t take it away.  Miller’s view is that the role of a witness enables a child to unload the pain – externalise the anger and prevent it becoming bottled up in our very genes.  There are about 35 000 children born in the City of Cape Town each year who are at particular risk – whose lives will be stressful and insecure.  Will you reach out to just one of them and be their witness as they grow up?”