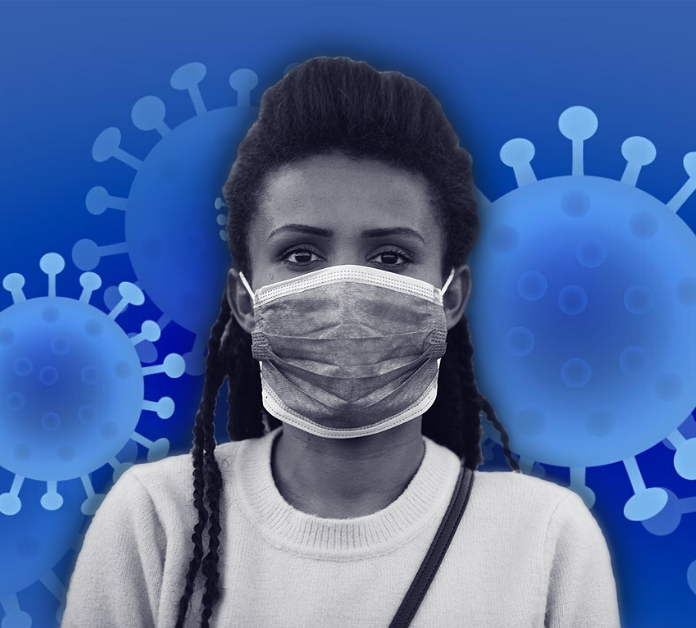 The clinically cold term ‘excess deaths’ has worked its way into the global lexicon. It means the number of deaths that occur in excess to that which would typically be expected in any given time period. If the death rate for whites is an acceptable norm for South Africa, then there are roughly 200,000 excess deaths every year among people categorised as black. That’s five times the upper projections of about 40,000 Covid-19 deaths this year. The National Burden of Disease Study (1997-2012) found that age-standardised death rates for Africans were 2.2 times higher than for whites (1,388 vs 631 per 100,000).[1]  In other words, regardless of your age, you are more than twice as likely to die in the coming year if you are ‘black African’ than if you are white.

Inevitably, a new threat to human life attracts a lot of attention, especially when its transmission is indiscriminate and its effects so distressing. It has been astounding to see the lengths to which global and national leaders have been prepared to go to curtail the number of deaths. Half the world shut down, including our own country. One of the few upsides of the Covid-19 epidemic is that it has shone a light again on the value of each human life. The detached calculus of health economics that values a younger life above an older one has been discarded as politicians and paupers alike share the anxiety of premature death. The message from our leaders is that lives must be saved through urgent and radical action.

So, let us use that light to probe the source of those 200,000 avoidable deaths a year in South Africa so as to understand how the mortality curve can be substantially reduced over the next decade. It may be in bad taste to use a national crisis to highlight the inconsistencies of public action, especially in the heat of the Covid-19 epidemic when the prevention of other deaths seems less pressing. Actually, it boils down to the same thing – saving lives. In fact, many of these deaths are easier to avoid than coronavirus transmission, but the truth is that we have just got accustomed to them. They are the price of inequality to which society is largely indifferent because it is charged to poorer people who lack political and economic power.

This premium is payable by those middle-income countries that have not sufficiently addressed avoidable conditions such as malnutrition, exposure to infection through dirty drinking water and overcrowding, and risk-taking behaviour fuelled by a sense of collective fatalism and inadequate constraints on the tobacco and alcohol industries. In this regard, the harm caused by binge-drinking has been thrown into stark relief during the lockdown. Its net cost to society could be reduced – without unreasonably limiting the rights of individuals – by banning alcohol advertising, tightening licensing and control of liquor outlets, and implementing a minimum unit price to prevent the dumping of cheap wine and loss-leading beer on poor communities.[2] These regulatory strategies have been shown to be effective in curbing binge-drinking and could effect an annual reduction in mortality not dissimilar to the number of deaths deferred through the COVID lockdown.

However, regulatory strategies do not address the roots of inequality that result in twice as many black people dying at any given age than whites – and here comes the twist. The introduction of antiretroviral treatment in 2006 saved 150,000 lives a year by 2012, reducing mortality by 20%. That figure was the annual price of denialism in the Mbeki era. Similarly, the discovery of a vaccine for the SARS-CoV-2 will prevent thousands of excess deaths. However, major new inroads into the excess mortality that stems from persistent inequality in South Africa will come mainly through improvements in learning and education – and not the health care system. It’s a statement with implications for the proposed National Health Insurance scheme. If it ends up making better use of all the money currently spent on health care, it will have been worth it; but if it ends up costing us a lot more, it will have diverted funding from other priorities more likely to improve national health outcomes.

There is no pill for inequality, but there are effective remedies to counter it. According to Statistics South Africa and SALDRU (2019), differences in levels of education account for over a third of overall expenditure inequality i.e. how much money people have to spend on food and other living expenses[3]. This is the single biggest identifiable contributor to expenditure inequality – and one which can be changed.

It would be going too far to infer that eliminating differentials in education would lead to commensurate reductions in excess mortality. The spread of income and spending among people with the same levels of education is widening, both between blacks and whites and among black Africans as a group[4]. It’s a sobering reminder that inequality is not just a differential in access to opportunity, but in how much people are valued as well.

However, there is little doubt that improving educational attainment would save some tens of thousands of lives. In the United States, Jo Phelan and colleagues at Columbia University’s School of Public Health found that highly preventable deaths – from lung cancer, homicide and injuries, for example – were almost twice as common in older Americans with 9 to 11 years of schooling compared to those with a Masters’ degree equivalent or above.[5] [6]

In South Africa, there have been incremental improvements in education over the past twenty years.  The economist Martin Gustaffson has shown that maths and science results improved by more than two grade levels between 2002 and 2015, although we are still 2 to 3 grades below the middle-income country average.[7] Similarly, South African learners showed an improvement in reading and literacy compared to international benchmarks between 2011 and 2016.[8]  However, if our intention is to reduce inequality and save hundreds of thousands of lives over the next twenty years, the changes are just too slow. We must think and act more radically than we do.

Imagine if R20 billion a year were made available to radically change the educational trajectory – not to top up a system under financial stress, but to do things differently. I suggest that it should be used to achieve three things that the current system does not do. First, it should ensure that children enter school properly primed to learn. Second, it should stop children from falling further and further behind until they ultimately drop out of school. Third, it should motivate and empower teachers who currently feel that they are at the receiving end of a long managerial bullwhip.

The most powerful primers for learning are adequate nutrition, parents’ involvement in language development and reading, and access to early learning programmes. Take half of the R20 billion and direct it to these ends. The first five billion Rand should be allocated to a means-tested pregnancy-support grant and to supplement food for children under two who are failing to thrive. Children who are chronically starved of sufficient protein and micronutrients cannot learn properly.

Engage parents in large-scale reading promotion. It is a travesty that government’s commitment to reading for meaning for all children by the age of ten has not been followed by any real investment in the national reading initiatives like Nal’ibali and READ which are underfunded and reliant on limited private sources.

Shift the focus of early learning from administrative compliance and infrastructural standards to improving the quality of the service itself. A quality service will deliver a good package of nutrition, care and early learning in any setting that keeps children safe. Currently, there are about 2.4 million children in some sort of out-of-home early learning programme. Only a third of them are in centres that meet the standards for public subsidies. Ironically then, it’s the poorest children who get nothing from the government because they are in facilities that can’t meet the standards.  Change gears – from exclusionary permits to service enhancement – and over one and a half million children could immediately be brought into the system.

As they then enter school, we must prevent the large numbers of children from falling further and further behind until they ultimately drop out of school. Over 40% of each cohort entering Grade 1 will ultimately fail to write matric. The reasons for dropout are complex, but persistent discouragement eventually knocks the stuffing out of children, even if they try hard. By Grade 4, only about a third of the poorer half of all children are on track in terms of their language and numerical abilities – and for most of them, things only go downhill from there[9]. We can no longer watch the lemming-like course unfold for successive cohorts of learners, and must act early and decisively to reinforce their educational foundations.

As much as I am a proponent of early childhood development, we would probably do better to put on ice the plans for a formal Grade RR in schools and direct those funds into a consolidator year sandwiched between Grades 3 and 4 for those children who are otherwise destined for dropout. Such consolidation should focus on the concepts of learning as well as catch-up of numeracy and literacy skills. While it should be publicly financed, there is no reason why it would need to be provided only in schools, and non-government organisations could be contracted as well, much like the non-formal primary education centres in Bangladesh which have significantly improved access and quality for the rural poor.[10]

Of course, quality schooling is not just about the learners nor the curriculum, but about the skills and attitudes of teachers as well. Top-down management approaches are demotivating and feed into rote teaching styles. We will not see substantial improvements in education until teachers feel motivated and empowered as professionals. Certainly, this must be accompanied by a clearer distinction between education managers and trade union officials. It cannot be that the same people flit between either side of the negotiating table. These conditions go together. Until teachers feel empowered and motivated through local professional networks and horizontal support systems, they will seek protection through representation as far up the management chain as possible. While it is often said that this issue requires a political solution, it needs a people-solution as well.

The strategies may seem beyond the realms of possibility, but who could have imagined just a year ago that the country would shut down to save 40,000 lives?  If that is the threshold for radical action, then we must insist on commensurate measures to tackle inequality and the excess mortality that stems from it.

Right now, we have an epidemic to tackle, but how we tackle it could begin to build the platforms for radical educational change. While many Grade 12 learners may not be ready to write examinations in December of this year, some will. They should be allowed to write and seek university entrance, while the rest could opt to write in June next year. To avoid unmanageable numbers in matric classes, non-government organisations across the country could be paid to bring in ex-teachers and ramp up their education support programmes.  Those Grade 12 learners who opt to write in June 2021 could then be paid a reasonable monthly stipend from July to November to become learner support agents, assisting foundation phase teachers.

The Covid-19 epidemic is a once in a century event, and we must expect disruption to our society.  At the same time, we must use it to trigger disruption of the mortality trends to which we now barely turn a hair.

This op-ed was first published on 09 June 2020 by the Daily Maverick. View it here.

[8] Gustafsson M (2020). A revised PIRLs 2011 to 2016 trend for South Africa and the importance of analysing the underlying microdata. Stellenbosch Economic Working Papers: WP02/2020

[9] Van den Berg S (2015). What the Annual National Assessments can tell us about