The role of grant-making foundations in South Africa

The D G Murray Trust, and a number of DGMT funded projects, had the priviledge to be involved in the Towards Carnegie 3 conference held in Cape Town last month. The conference entitled ‘Strategies to Overcome Poverty and Inequality’ was styled as the Third Carnegie Conference (following on from that organised in 1932 and 1984), and aimed […] 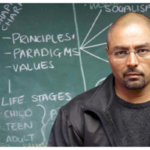 By Karen Le Roux, based on an interview by Anna Morris With the view that “consciousness, mentality, mindset and attitude are elements that shape one’s self-concept and ultimately one’s behaviour, character and approach to life,” entrepreneur and committed social activist Patmanathan Pillai has embarked on a sustainable social business model that has his personal mantra […] 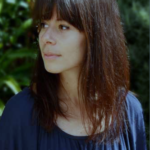 By Karen Leroux, based on an interview by Anna Morris. In addition to training passionate and driven individuals, it is essential to focus on individuals who occupy existing leadership roles to really have a positive and enduring impact on global society, claims social architect, transformational leadership activist, CEO of Lucca Leadership South Africa, and international […]

In January 2012, a new national network of young public innovators was established under the name ‘Activate! Leadership and Public Innovation’.  This year 220 young adult leaders drawn from communities across South Africa have joined a three year programme to build their skills in public innovation.  At this point, the 2012 Activators have completed Module […] 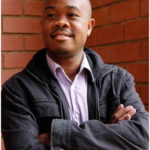 By Karen Le Roux, based on an interview by Janet Jobson. Diverse, talented and brimming with potential, African youth essentially holds the key to performance-driven leadership that is carefully underpinned by integrity, humility, compassion and excellence, maintains entrepreneur, practical educationalist and CEO of the African Leadership Academy (ALA), Fred Swaniker. Rather than simply focusing on […]

From TSiBA Education’s Perspectives on the Search for Tomorrow’s Leaders: The perspective of Ferial Haffajee, Editor of The City Press

By Jackie Lagus, based on an interview by Leigh Meinert. Hailing from a strong line of women, Ferial Haffajee was profoundly influenced by matriarchs who resourcefully managed their families and responded to calls for leadership. However, growing up in apartheid South Africa meant grappling with equally powerful political forces that sought to determine what was […]

From TSiBA Education’s Perspectives on the Search for Tomorrow’s Leaders: The perspective of Jonathan Jansen, Rector and Vice Chancellor, University of the Free State

By Karen Le Roux, based on an interview by Anna Morris. What transforms, inspires and speaks of true leadership in South Africa is not the noisy, highly-visible, much-revered dignitaries of the nation. “It is the ordinary people whom we will never know,” asserts Jonathan Jansen, professor, rector, educator, courageous leader and advisor to the world. […] 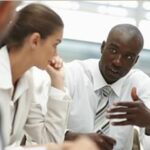 Perspectives on Leadership Development – Lessons from Life and Practice

Earlier this year TSiBA Education endeavoured to explore the state of leadership development in South Africa’s social sector. The overarching impetus was to explore two key questions: “Where will the next Mandelas, Tutus and Rampheles come from? And what do we know collectively, about helping to nurture them?” Prior to the official release of their […] 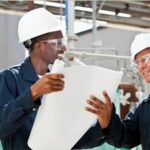 Go for Gold: Mediating Opportunity Connections for Youth in the Construction Industry

The Go for Gold programme is a unique partnership between civil society, the Western Cape Education Department and the Construction sector. The partnership emerged as a response to the critical shortage of candidates from disadvantaged communities with the necessary grounding in science and mathematics for entry into the construction industry. Over the last decade they […]