A compelling business proposition: Create value at no extra cost 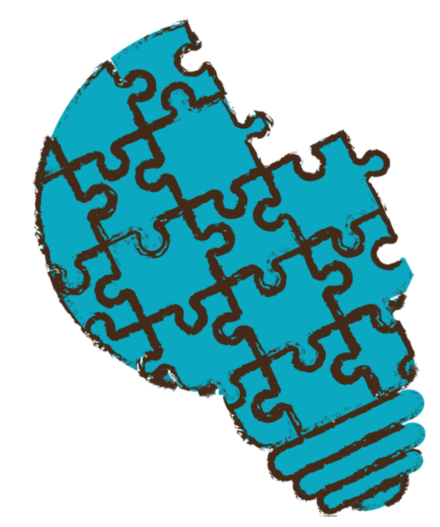 Just over a decade ago, a senior official at national Treasury told me that Government was “awash with money”. Not anymore. Cost-cutting is the order of the day. Things are only going to get tighter after the medium-term budget policy statement on 25th October. We will all feel sick to the pit of our stomachs when the Finance Minister reveals the true extent of the hole in our national finances.

We’re in a vicious cycle. There is no new money to bridge the obvious gaps in the human capital pipeline that would grow the economy. In other words, no money to deal with the half of our children who never get to preschool, then lose hope by Grade 4, and eventually drop out of school and fail to find work. Consequently, there’s no way to grow the pool of skilled labour and thus no way to substantially expand the tax base. At best, we will generate 600,000 jobs – through job creation and replacement of retiring workers – for the million young people leaving school each year. Actually, it’s worse than a vicious cycle. It’s a vortex that will suck South Africa deeper and deeper into a pit.  Unless…

Unless we’re prepared to unlock the value that already exists in the country, but is not being used properly. The obvious culprit is government, where billions upon billions are stolen or wasted each year.  Arguably a time of austerity in the public sector could improve efficiency by recalibrating spending patterns. In reality, more value is likely to be lost as salaries and rent-generating enterprises are protected while real services are cut. It will take leaders of great vision and resolve to get us out of this mess.

While it’s easy to point to the sins of commission by government and its corporate conspirators, the business sector has generally also failed to fully deploy the resources at its disposal. There are fantastic exceptions. For instance, the retail marketing specialist, Barrows, realized that all the ‘white space’ offcuts in their huge advertising print runs could be used to produce early learning materials for children. Through their distribution network, they now supply thousands of board games, storyboards and activity sheets to national programmes for children like SmartStart and Nal’ibali.  It has generated materials worth hundreds of thousands of rands, at virtually no cost to itself or its clients.

Admittedly, corporate leaders are fatigued by the demands on their revenue and time. They will point to high rates of corporate tax and social investment obligations and argue that everyone thinks they’re a cash cow. I have sympathy. Too much money has been taken from the corporate sector and wasted in bloated and inefficient structures like Sector Education and Training Authorities (when the old system of apprenticeship worked better).

They will say that the “business of business is business”, generating the revenue that makes the country grow. Fair enough, as long as they acknowledge that they have to co-create the environment for business to thrive over the long-term. But quite honestly, too many business leaders wring their hands on public platforms, yet do little to use their own power to tackle the problems that will drag us all down. If we are to escape the low growth/ high inequality trap, there is simply no place for pretense.

Perhaps we would find more enthusiasm from the business sector if it were not asked to put any new money on the table. So here is the challenge to business leaders: Are you willing to create new value for the nation, as long as it costs your company next to nothing more?  Are you willing to use your core business processes – like communications, manufacturing and distribution – to bring new opportunity to the half of South Africa’s people who will otherwise always depend on the social security system?

For example, one of the licensing conditions for mobile network operators is that they meet certain universal service obligations. Directed by government, they grudgingly invest in fixed infrastructure in schools across the country. For goodness sake, they’re cell phone companies! In addition, these operators are required (in terms of broad-based black economic empowerment) to spend 1% of net profit after tax on socio-economic development (SED) projects.

Why not use their unique selling proposition to get to people and places that nobody else can easily reach – parents and preschool educators wanting to read stories to children, nurses and teachers keen to study further at night, school dropouts looking for alternative education, and job seekers desperate for a connection to opportunity? All these people need access to information which is out there – neatly packaged and freely available on mobile applications.  Except that they cannot afford the data costs.

# Data Must Fall, but even if the cost of data were halved to say R75 per gigabyte, that would still be too much for the 30 million South Africans who live on R1000 or less per month. Those most in need of information are still most excluded from it.

There’s a simple solution – that would add huge value at no additional cost to the network operators.   These mobile services for socio-economic development could be zero-rated to the user. The operator costs could be reverse-billed and offset against their existing universal service or SED obligations. All that would be required would be a registry of those eligible mobile applications that would be provided by government and public benefit organisations.  This relatively small cost could be borne by the Universal Service and Access Fund. After all, that’s what it is for.

Some arms of government have already jumped at such a solution. Basic Education sees how it could improve teaching and learning outcomes. Science and Technology recognizes its potential in reducing the cost of social innovation. Health is struggling to carry the costs of texting one million women who fall pregnant each year, who could benefit from regular health information. Social Development would love to interact with early learning practitioners across the country who have little access to the training curriculum for 0-4 year olds.  And preliminary discussions with Trade and Industry suggest that it would be willing to recognize the costs of these zero-rated services as part of the SED spend of network operators.

Ironically, the one Ministry that has shown least enthusiasm is that of Telecommunications and Postal Services, despite being responsible for ‘Internet for All’ by 2020. In our interactions over the past three years, they just don’t see that it is they who should make this happen. If they won’t, mobile network operators must take the lead. Encouragingly, a new entrant into the mobile space is willing to step up and show how it can be done. Hopefully, the others will follow. There may be no new money, but there is still massive opportunity if we just used our imagination.

First published by the Daily Maverick on 29 September 2017.